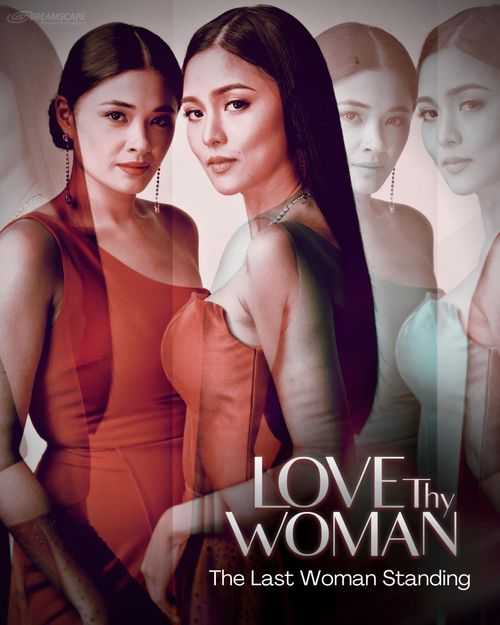 The strong women of hit family drama “Love Thy Woman” are getting their claws out as Kim Chiu, Yam Concepcion, Eula Valdes, Sunshine Cruz, and Ruffa Gutierrez go neck-to-neck in their fight for love, justice, and riches in the final weeks of the series on Kapamilya Channel and Kapamilya Online Live.

Half-sisters Jia (Kim) and Dana (Yam) settle their scores to become the last woman standing, as more secrets behind their father’s death and missing will and testament are revealed.

Refusing to be mistreated, Jia rises up to claim her position as the rightful heiress of Dragon Empire. Dana will not give up easily, however, as she plots to remain in power and hopefully get his ex-husband David (Xian Lim) back.

Enraged Lucy (Eula) is also determined to ruin her dead husband’s last wishes as she twists the truth in order to sabotage Jia’s inheritance, but Kai (Sunshine) will hinder Lucy’s plans to protect her family.

Unknown to them, Amanda (Ruffa) has all of them on a string, keeping the true copy of Adam’s will and testament to herself and ready to use it to her own advantage.

“Love Thy Woman,” directed by Jerry Lopez Sineneng, Andoy Ranay, and Jojo Saguin and produced by Dreamscape Entertainment, is one of the three ABS-CBN scripted dramas that have resumed production under strict safety and quarantine protocols, along with “FPJ’s Ang Probinsyano” and “A Soldier’s Heart.”

Find out who the last woman standing will be in the finale of “Love Thy Woman,” Monday to Friday, at 2:30 p.m. on Kapamilya Online Live on ABS-CBN Entertainment’s Facebook page and YouTube channel, and on cable and satellite TV via Kapamilya Channel (SkyCable channel 8 SD and 167 HD, Cablelink channel 8, GSat Direct TV channel 22, and PCTA-member cable operators). Livestreaming of the Kapamilya Channel and on-demand viewing of its programs are available on the iWant app and on iwant.ph.

2 days and a thousand