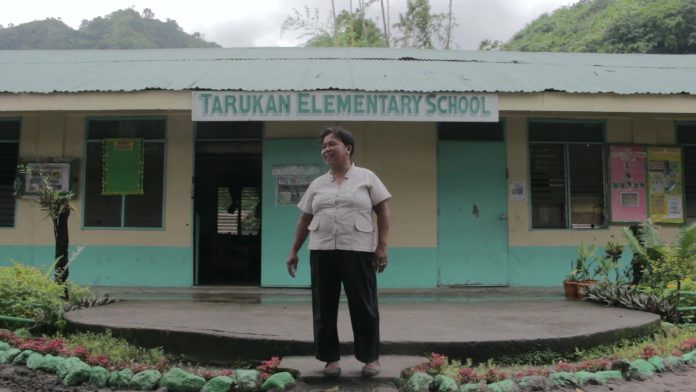 A documentary about an Aeta teacher who treks to her class for four to five hours in Sitio Tarukan in Capas, Tarlac to teach Aeta children took top honors in the Knowledge Channel’s “3rd Class Project: Intercollegiate Mini-Documentary Competition” and will soon be aired on Knowledge Channel and streamed on iWant.

Produced by students of the University of Makati, “Titser Gennie” follows the journey of Gennie as she pursues her dream of becoming a licensed teacher.

The documentary developed by Eudel Ayuban, Leda Razel Miranda, Yvonne Clarisse Dalusong and Jean Pearl Silvestre, beat 44 other entries nationwide in this year’s competition and will soon be aired on “Knowledge Channel Winner’s Festival” while its makers will receive a cash prize of P30,000.

Already on its third year, the mini-documentary competition aims to give students a chance to hone their professional filmmaking skills and showcase them to a wider audience.

The University of Makati had a winning streak as entries of its students also took the second and third places.

Placing second is “Kulitan,” which tackled the lost art of the Kapampangan writing system, was made by Rosendo Rone Jr., Ederwin Capungcol, Larrisa Joyce Adornado, Raymond Enriquez and Krisha Gordonas. The students will receive P20,000.

Completing the top three is “Mga Batang Anipa,” an entry about four children who persistently go to school every day wearing rubber slippers and using “salbabida” to cross the river. The entry was created by the team of Alundra Villanueva, Noel Carlo Francisco, Ederwin Capungcol, James Claude Fernandez and Eloisa Jane Palermo, who will receive a cash prize of P10,000.

The “Class Project: Intercollegiate Mini-Documentary Competition” is a project of ABS-CBN, Knowledge Channel, and the Philippine Association of Communication Educators (PACE) that aims to encourage students to submit relevant mini-documentaries on the lives of Filipinos, that communicate the values of social justice, passion to serve, commitment to holistic learning, integrity, and nationalism. It is designed to provide students with the equal opportunity to showcase their work and contribute to the Filipino youth’s depiction of Filipino values.

The winners’ entries will air on the program, “Class Project Winners Festival” on Knowledge Channel and will be available on the top streaming app iWant.