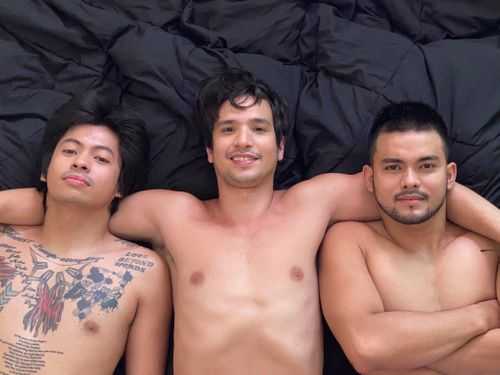 Seeing the interest of the audience in these small but emotional stories, director Adolfo Alix Jr. wanted to extend the number of episodes to nine from the original six. “Greenlighting three more episodes was the easiest decision we had to make. Unlocked has brought the attention of people from all over the world and an increase of 500% in new weekly subscribers to the platform, which reflects on how universal and timely the series is,” says Jaime Costas Nicolás, international coordinator at GagaOOLala.

The good reception of the series does not end with the audience, “Unlocked” was recently nominated in the “Best Quarantine-themed Drama/Feature/Programme” category of the Content Asia Awards, part of the Content Asia Summit one of the leading entertainment industry events in the region. The winners will be announced on August 28.

“The team is very happy with all the feedback and to be able to share more intimate stories about the quarantine in the Philippines,” said Adolfo, “There’s a plethora of situations which will connect to the audiences. We are grateful to GagaOOLala for this great opportunity and for the very encouraging feedback from all around the world.”

The new episodes kickstart this week with “Luke & Matt,” the story of a boy who loses his father to CoVid and has now a chance to reconnect with his father’s lover. The visit brings back memories and pains the two experienced in the past. Will they be able to finally forgive each other and move on from the sins of the past? The episode stars Vince Rillon from Brillante Mendoza’s Netflix series “Amo” and top model Kirst Viray (“Mulawin vs Ravena,” “Ang sa Iyo ay Akin”).

The eighth episode, “Neo & Omar,” is director Adolfo’s take on the current BL trend with a teenage romantic story filled with nostalgia starring child actor Miggs Cuaderno and actor Wendell Ramos’ son, Saviour Ramos, in his first acting role: Neo, a shy and mute young boy and Omar, a mischievous teenager are forced to live together during quarantine. Their cat and mouse banter evolves into some sort of budding bromance – complicated by the accidental chance of an innocent kiss.

“Unlocked” will finalize its run two weeks from now with a very special episode, “Pancho, Quinn & Ryan”, which will mark the return of Markki Stroem to the series after starring in its controversial first episode. The episode will follow a couple in an open-relationship whose relationship will face new challenges due to the quarantine. Alongside Markki, the episode will feature JC Tan Bites and Miggy Campbell.

“Unlocked” returns this Thursday, August 27th, to GagaOOLala with a new episode being released every week. All episodes are directed by Adolfo Alix Jr. “Luke & Matt” and “Neo & Omar” are written by Jerome Zamora, who also wrote episodes one to five, and “Pancho, Quinn & Ryan” is written by Adolfo Alix Jr.

Since the release of its first episode back in July, “Unlocked” quickly became the most watched series of all time on the LGBTQ+ platform, and each new episode has sat at the top of the most watched titles for six weeks.