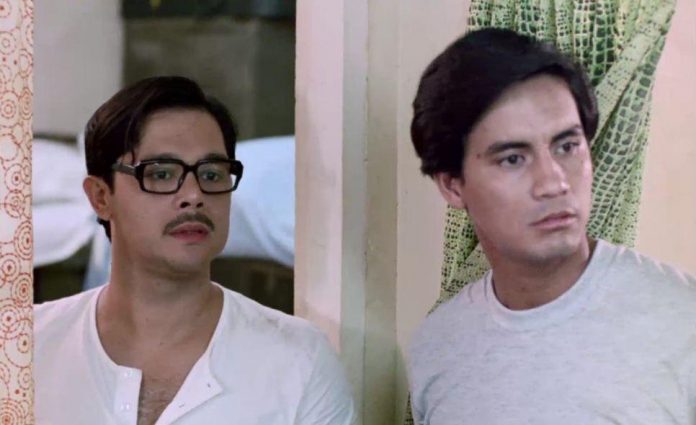 WHEN ABS-CBN chairman emeritus Eugenio “Gabby” Lopez III faced the House of Representatives on Wednesday (June 3), he recalled the time he escaped the country in 1977 with his father, Eugenio Lopez Jr. and former senator Sergio Osmeña III, who were both imprisoned after the declaration of Martial Law in 1972.

Their fight for freedom during a critical time in the nation’s history is portrayed in the digitally remastered movie “Eskapo,” directed by Chito S. Roño, now streaming for free on iWant.

“Eskapo” begins with the declaration of Martial Law in 1972 that resulted in the arrests of many Filipinos, including Geny Lopez (Christopher de Leon) and Serge Osmeña (Richard Gomez), sons of ABS-CBN founder Eugenio Lopez, Sr. and former President Sergio Osmeña, Jr. Both men are detained without formal charges and accused of plotting to assassinate the president.

Geny and Serge, who are practically strangers and had previously known of each other in social circles, become cellmates and friends in Fort Bonifacio, while their families exhaust all means to negotiate for their release, to no avail.

In prison, Geny and Sergio initiate a hunger strike to protest the unjust detainment of thousands of Filipinos, but the administration refuses to set them free. Having been incarcerated for five years, the two hatch a perilous plan to break out of their cell and flee the country, with the help of Geny’s best friend Jake (Ricky Davao) and sons Gabby (Mark Anthony Fernandez) and Raffy (Eric Fructuoso).

During Martial Law, ABS-CBN was forcibly shut down and its properties were seized from the network.

The digitally restored version of “Eskapo,” as well as “Dekada ’70,” may be streamed for free for a limited time on the iWant app on iOS or Android and on iwant.ph.

COA: LRTA not liable for P461.5M compensation claim of workers