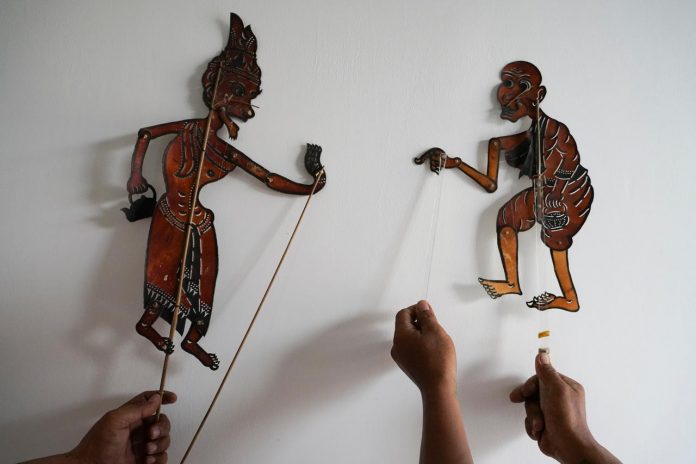 PHNOM PENH – Cambodia’s shadow puppet tradition goes back to the 7th century and has survived the collapse of empires, wars and Khmer Rouge reign of terror that left some 1.7 million people dead.

In recent years, however, local interest in the art that was designated a UNESCO intangible cultural heritage in 2005 has dwindled, with foreign tourists and funding becoming its main supporters.

Now, the coronavirus pandemic has dealt one theatre in Phnom Penh a new blow, bringing the curtain down on a troupe and its leader who has been performing in the capital for more than 26 years.

Puppet master Mann Kosal is sifting through hundreds of leather puppets that he and his colleagues made over the years as workers dismantle the theatre around them.

“As a performer, we need to perform as a team. But once the coronavirus came, we could not do that anymore,” he says.

The few people who would come to watch the performances in the 80-seat theatre have evaporated due to travel restrictions and his staff are mostly at home due to a ban on gatherings and also to avoid the infection.

“I would just dream of Friday and Saturdays (performance days) to come so we could perform. If there was no coronavirus, we could perform one, two, or three times a week even with less audience – that would’ve made me happier,” he says.

Kosal became enthralled by “Sbek Thom” or “large cow hide” puppetry after he started working for the Department of Performing Arts.

He studied all aspects of the art from creating the puppets – which can measure 2 metres (6-1/2 feet) in height – out of a single cow hide, to handling the puppets, whose shadows are projected onto a large white screen, as well as the songs and speech of the story.

The tales depicted in shows are based on a Khmer version of the Ramayana, the Sanskrit epics of ancient India.

“I sometimes let my student sing the song or speak and I perform holding the shadow puppets. We exchange and do different jobs,” he says.

Sovana Phum was one of five shadow puppet theatre troupes in the country. All are now facing similar difficulties.

The Ministry of Culture and Fine Arts has taken control over the troupe, which will continue to perform under the same name, Sovana Phum Theatre Organization. Kosal has been appointed a technical advisor,

Get your holiday glow  on with Revlite by Skin 101