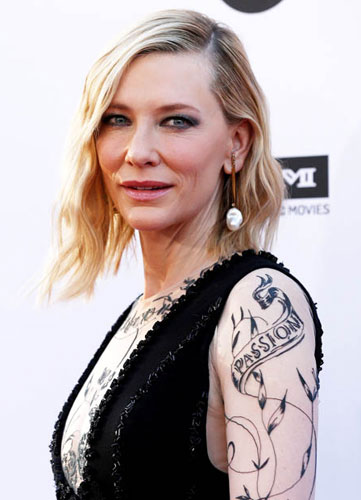 Actress Cate Blanchett suffered an accident with a chainsaw during the coronavirus lockdown with her family, she revealed during a podcast.

The Oscar-winning star of films like “Blue Jasmine” and “Aviator” gave no details about the mishap but said she was fine.

“I had a bit of a chainsaw accident yesterday, which sounds very, very exciting, but it wasn’t. Apart from the little nick to the head, I’m fine,” Blanchett told former Australian Prime Minister Julia Gillard in “A Podcast of One’s Own.”

The podcast was recorded last week as part of a series of conversations between Gillard and prominent women.

“Be very careful with that chainsaw. You’ve got a very famous head, I don’t think people would like to see any nicks taken out of it,” Gillard told the Australian-born actress.

“I want to keep it on my shoulders,” laughed Blanchett.

Blanchett is currently starring in the FX television series “Mrs. America” about the women’s movement in the United States in the 1970s.

‘I’LL BELIEVE IT WHEN I SEE IT’