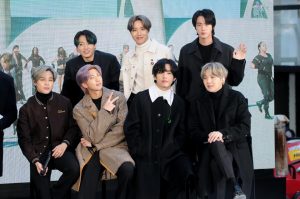 SEOUL – South Korea’s boy band BTS will postpone its North America tour by two months to June due to concerns over the coronavirus pandemic, its management said on Friday.

The seven-member K-pop hit group was scheduled to begin its tours in the United States and Canada on April 25 in Santa Clara, including stops in Los Angeles, Dallas, Orlando, Atlanta, New Jersey, Washington and Toronto before wrapping up in Chicago.

It is now rescheduled to kick off on June 6, Big Hit Entertainment said, adding all reserved tickets remain valid.

“We are closely monitoring and following the guidance of all local governments regarding public events to ensure we are providing a safe environment for everyone involved as we continue to update our tour plans,” Big Hit said in a statement on the fan community application called Weverse.

The delay came as the United States surpassed China and Italy as the country with the most coronavirus cases with thousands of new infections per day.

Last month, BTS cancelled its Seoul concert also scheduled for April as South Korea was grappling with its own outbreak.

A series about Generation Z written by Gen Z students