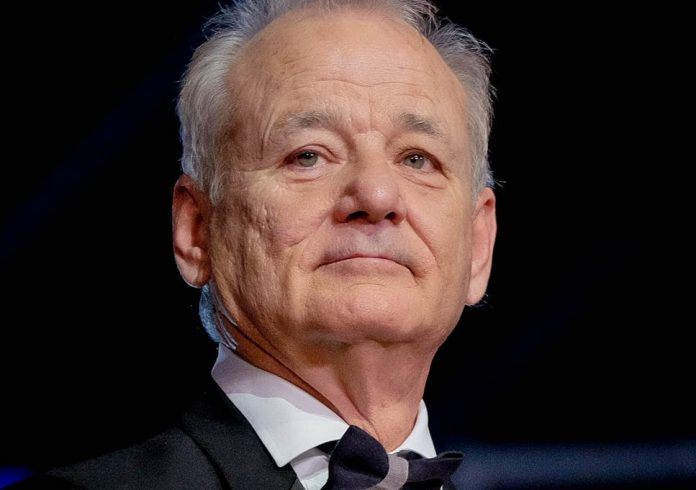 LOS ANGELES – Musicians have long protested about politicians using their songs during campaign rallies, but actor Bill Murray has now found himself in the crosshairs of a complaint by the Doobie Brothers.

The idiosyncratic “Ghostbusters” star was hit with an unconventional letter this week from the band over Murray’s use of the song “Listen to the Music” in ads for the actor’s line of whimsical golf apparel. “It’s a fine song. I know you agree because you keep using it in ads for your Zero Hucks Given golf shirts. However, given that you haven’t paid to use it, maybe you should change the company name to ‘Zero Bucks Given,'” said the letter from Doobie Brothers attorney Peter Paterno.

“We’d almost be ok with it if the shirts weren’t so damn ugly,” the letter continued.

Representatives for Murray, who is known for playing world-weary characters in movies like “Groundhog Day” and “Lost in Translation,” did not return a request for comment.

Murray, 70, a keen golfer, owns the William Murray clothing line, which describes itself as “where golf meets irreverence and fun inspires style.” Its shirt designs include pink flowers, shot glasses, frothy beer mugs and a shirt called Zero Hucks Given that pays tribute to literary hero Huckleberry Finn on a raft.

“It seems like the only person who uses our clients’ music without permission more than you do is Donald Trump,” Paterno said in his letter, referring to other bands he represents.

The US president has been hit with numerous lawsuits and cease and desist letters for playing music without permission during campaign rallies and official appearances. Those musicians include Elton John, the Rolling Stones, Leonard Cohen and Neil Young.