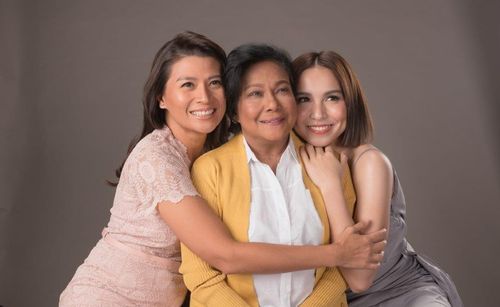 After several months of hiatus, the star-studded cast offer their loyal fans and followers a recap of the heartwarming series that they have consistently followed since its pilot airing. Meanwhile, its much-awaited all-new episodes are set to air starting January 2021.

“Bilangin ang Bituin sa Langit” follows the story of Cedes, Nolie, and Maggie – three generations of women who will take on a quest to pursue their dreams and to avenge the indignities they suffered from those who have wronged them.

Completing the powerhouse cast are: Zoren Legaspi as Anselmo, conceited son of Martina and Ramon who pursues Nolie for his selfish needs; Gabby Eigenmann as Arthur, an eligible bachelor and entrepreneur who helps Nolie to exact revenge; Ina Feleo as Margaux, classy and self-absorbed wife of Anselmo who thinks lowly of Nolie; Yasser Marta as Jun, charming and carefree son of Anselmo and Margaux who falls in love with Maggie; Divina Valencia as Editha, a rich widow who crosses paths with Cedes and takes her in; Candy Pangilinan as Connie, close confidante of Nolie who sticks up for her through ups and downs; and Isabel Rivas as Martina, controlling and condescending wife of Ramon who will go to great lengths to get what she wants.

As the series airs anew, the cast members expressed what they think about returning on air, how they feel about working in the new normal, and what’s in store for the Kapuso viewers in the coming episodes.

Meanwhile, Zoren feels fortunate and at ease to have worked in a safe location, “Ever since naman nagka-pandemic, I’m very careful sa pagsunod sa health protocols. Lahat din ng tao sa set ay dumaan sa swab test at talagang maingat. For me, it’s a safe environment but we still have to be cautious.”

On the one hand, Candy is elated for viewers to witness the continuation of the story, “Excited to share what we all worked for. Excited to know how people will respond to our hard work, the fruit of our teamwork.”