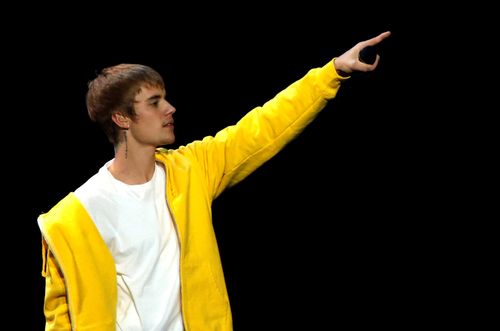 LONDON – Five years ago pop star Justin Bieber was locked in a contest for Britain’s favorite Christmas song with a group of little known health workers. He gave in.

This year, the Canadian singer-songwriter and the health workers are back, singing his hit “Holy” together to raise funds to help Britain’s state-run National Health Service (NHS) tackle the coronavirus pandemic.

Bieber’s 2015 tweet asking his fans to help the South London Lewisham and Greenwich NHS Choir went viral and their song beat his to the coveted Christmas Number 1 spot.

The former teen star later met up with the medical workers, leading to this year’s collaboration. “Especially in these difficult times, I’m humbled to team up with them,” he said in a statement on Friday announcing the new release.

Britain has among the largest recorded numbers of infections and deaths from COVID-19 and the government said on Friday the epidemic appeared to be growing again, shortly before a planned five-day relaxation of restrictions for the festive period.

Earlier this year, Bieber donated profits from “Stuck With U”, his single with Ariana Grande, to the First Responders Children’s Foundation, a charity which supports frontline workers in the United States, which has the world’s highest figures for COVID-19 deaths and infections.