Ara Mina will be away from her daughter Amanda for more or less four weeks, because she has resumed work on the action series, “FPJ’S Ang Probinsyano.”

The series, topbilled by Coco Martin, has the actress playing the role of Ellen Padua.

Some members of the cast had to lower their talent fees, according to the kibitzer. “Tulong na rin nila sa production.

The cast, namely, Paulo Avelino, Zanjoe Marudo, Arci Munoz, and Angelica Panganiban, are now in lock-in in Subic, Zambales. As of now, they are not sure how long the taping will last but the production are taking all the necessary precautions to ensure that everyone on the set will be safe from the COVID-19 virus. 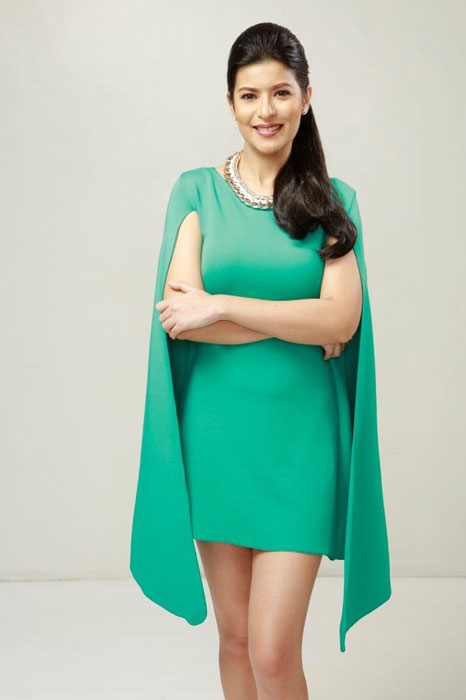 Assunta de Rossi said she is sure to have a happy Christmas this year.

“But I will be happier if the current pandemic ay namaalam na,” said the actress.

Yes, according to her obstetrician, she will have her first baby, a girl, before Christmas. The 37-year-old mom-to-be is praying for a safe delivery.

“Miracle in itself itong pagbubuntis ako. Sixteen years ago na nang kami’y ikasal ni Jules (Ledesma), kaya feeling naming dalawa, hindi na kami magkakaanak,” she further said.
Jules was a widower when he and Assunta wed. He had two children, a boy and a girl, from his previous marriage.

“Parang mga anak ko sila,” Assunta said, “And happily, they both treat me as their second mom. They are as excited as Jules and I about the new baby.”

Alessandra de Rossi, Assunta’s younger sister, is also eagerly awaiting the arrival of her pamangkin. Alex has volunteered to take care of the baby.

Because of the pandemic, Alex has decided to take a break from acting.

The story that Gabby Concepcion and daughter KC Concepcion will make a project under TV5 is not true.

Gabby has an exclusive contract with GMA, preventing him to work in TV5.

He was supposed to do a series with Marian Rivera, titled “My First Yaya,” for GMA. There are rumors that Marian has decided to not push through with it, though.

Pilar Pilapil and Cassy Legaspi, the daughter of Carmina Villaroel and Zoren Legaspi, were said to be included in “My First Yaya.”

Sixteen-year-old Andrea Brillantes and Seth Fedelin, 17, are said to be have found love in each other, but they are not in a relationship.

The two were in the soap, “Kadenang Ginto” with Dimples Romana, Beauty Gonzales and

Albert Martinez. Teen stars Francine Diaz and Kyle Echarri, who are also members of the Gold Squad like Andrea and Seth, were also in the cast.

“We extremely like each other,” said Seth. “Mabait kasi si Andrea.”

She was the first person, other than his family, who saw his car. “Pero hindi ko pa siya naisasakay sa kotse, na pinag-ipunan ko,” revealed Seth.

Andrea, meanwhile, is in the middle of having their family home constructed.