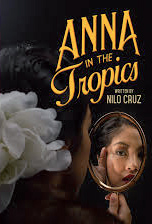 REP is turning up the heat with its immersive, modern take on the Pulitzer Prizewinning dark family drama, “Anna in the Tropics.”

The play starts its run this March 13, Friday at OnStage Theater in Greenbelt 1.

Repertory Philippines, along with Ayala Corporation, is taking all necessary precautions to ensure everyone’s safety. Among the steps taken are the regular disinfection and fumigation of Onstage and the placing of alcohol at the entrance. The theater staff will all be wearing masks. Theater goers will have their temperatures taken with a thermometer gun and will be seated at least 1 meter away from other audience members.