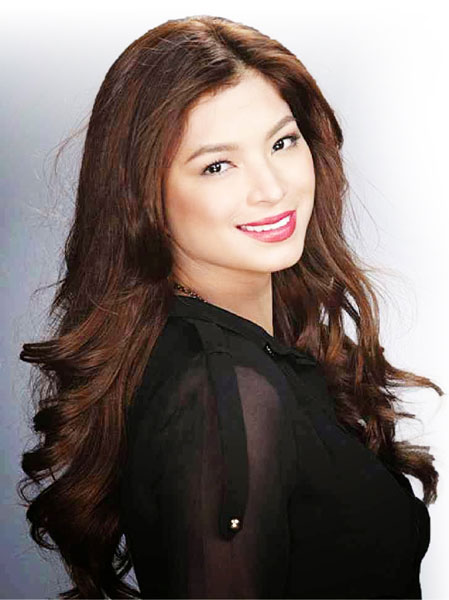 Angel Locsin will have a new show on the Kapamilya Channel.

Guess who will be directing the project?

None other than her fiancé, producer and businessman Neil Arce, who will be trying his hand at directing for the first time.

The show is titled “Iba ‘Yan” and will air every Sunday. It is a public service show that will put the spotlight on real stories of people who live challenging lives.

The series “Love Thy Woman” will resume airing on cable on the Kapamilya Channel, beginning June 13.

Airing was put on hold because of the end of ABS-CBN’s franchise. Around that time, according to Boyet (Christopher’s pet name), he had to be quarantined because he tested positive for the COVID-19 virus.

He has recovered, testing negative twice and being given a clean bill of health by his doctor.

“God is truly good. I, together with my family, prayed that I get well totally at wala sanang mahawa sa pamilya ko,” he continued.

‘’And our prayers have been answered.”

Andi Eigenmann now mostly lives the island life with partner, Philmar Alipayo, and their daughter, Lilo, in Siargao, leaving more time for her other daughter, Ellie, to be with Ellie’s dad, Jake Ejercito.

Ellie has become closer not only to her Daddy Jake, but also to her grandparents and her dad’s siblings, Jerika and Jacob.

Jerika is now married and has two small children.

Andi and Jake might have some disagreements before, but when it comes to taking care of Ellie, they seem to be in accord. Andi can rest easy knowing Ellie is cared for.

Happy for Andi is her mom, actress Jaclyn Jose.

Although Andi is not active in showbiz anymore, Jaclyn does not seem to mind. Jaclyn herself seems unconcerned that she does not have a show at the moment.

“Nagiging mapili na rin kasi siya sa tinatanggap niyang project,” said a kibitzer. “After all, she is one of a few actresses who has won a Cannes best actress trophy.”

Mark is the middle child of actors Eddie Mesa and Rosemarie Gil. His siblings are Michael de Mesa and Cherie Gil.

Jaclyn has a son from another relationship.

This early, Senator Bong Revilla is excited to face the cameras anew, for his upcoming series, “Agimat ng Agila.”

He already has had several meetings with his director, Rico Gutierrez, and production staff.

And they are all eager to work with him.

Sanya, of course, is Shaira Lenn Osuna Roberto in real life. She is the sister of young Kapuso talent, Jak Roberto.

Twenty-three-year-old Sanya was featured in several memorable series, including “The Half Sisters,” “Dahil sa Pag-ibig,” and “Encantadia.”

They were about to start taping when his dad, former actor and Senator Ramon Revilla, Sr., got sick.

“Anytime soon, I might start working on the series.”

From Angel, we learned that several new members in the cast will be added.

Virus reproduction in NCR further down