Currently preparing to follow in the footsteps of her mom, actress Ina Raymundo, is daughter Erika Rae Poturnak.

Erika just signed up with Cornerstone, owned and managed by Erickson Raymundo, who proudly reveals he has more than 100 world-class artists in his stable.

“They are talents who excel in acting, music and other fields,” Erickson said with a smile.
“Kris Aquino just signed up with us, too,” he added.

Ina’s daughter will use the screen name Erika Rae. The 18-year-old is fluent in English and Tagalog.

Senator-actor Bong Revilla will soon be back to work, as he has recovered after a severe bout with COVID-19.

As is common knowledge, he was in isolation at home after testing positive of COVID-19 when he suddenly complained of chest pain and shortness of breath. He was rushed to the hospital for immediate treatment.

As Senator Bong admitted now, he never thought he would recover. “Kakaibang sakit ang aking naramdaman. I was aching all over. Feeling ko, prayers sustained me and eventually helped me get well.”

Senator Bong considers his total recovery from the virus his most important birthday gift ever. He is turning 53 on September 25.

What are his plans for his birthday?

“Magpa-misa and attend the mass with family,” he quickly replied. 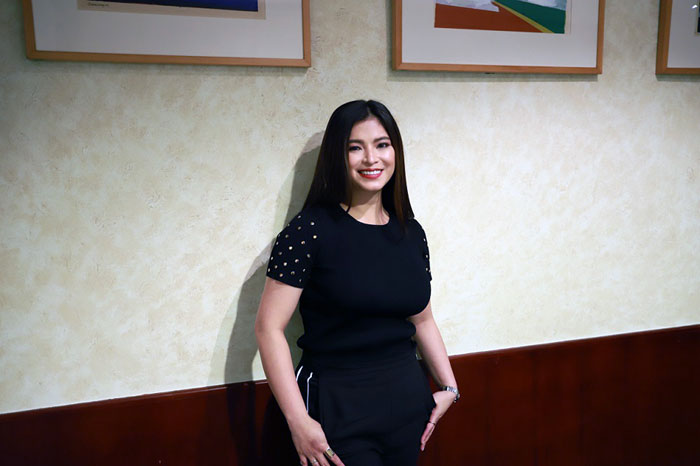 The couple can’t invite all their friends and family due to the pandemic, so they will have to wait before they tie the knot.

Angel Locsin reportedly doubts if she and her fiancé, Neil Arce, will be wed this year.

‘’They actually want a big wedding, as they both reason that an event such as a wedding happens only once in a lifetime,” said a friend of the couple’s. “But with the pandemic, the number of guests will have to be limited to about 50. Pero ang dami nga raw nilang relatives at mga kaibigan and they want all of them to be at the wedding.”

Right now, Angel is busy with her numerous advocacies and her weekly show, “Iba ‘Yan,” for the Kapamilya Channel.

Neil, who is a businessman and producer, directs “Iba’ Yan,” which is also available on YouTube, iWant and TFC.

It is a lock-in taping for them, as protocol distates.

“Unless puwede via Zoom,” Angelica said.

Contrary to earlier reports, the series is not Angelica’s first time to work with the two actors because she was with Zanjoe in the series, “Playhouse” (2018) and with Paulo in the movie, “Unmarried Wife” (2016).

Angelica’s last project with ABS-CBN was “Banana Sundae,” a weekly gag show that ran for seven seasons. It was directed by Edgar Mortiz, who also produced it.

Do you know what new business Robi Domingo is into?

The host is now into manufacturing facemasks. He reportedly decided to go into it to help our “kababayan na mananahi,” he said.

“Marami sila, I discovered, at magagaling. I’m glad I’m able to help them,” he added.

That he misses hosting, which is his forte, he doesn’t deny. Robi has now resigned from his job as video jock in the Kapamilya Music Channel, MYX.

It’s not known if it’s because they will be working together or if the reconciliation is because they decided to rekindle their romance.

McCoy reportedly has signed up with Viva Films. He also plans to resume his Civil Engineering studies. He was in his second year at the Mapua University when he was forced to stop because of his busy schedule.