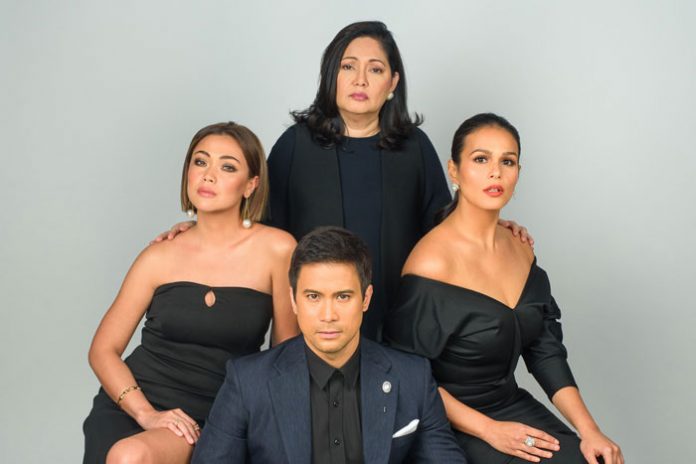 It takes some adjusting but Jodi Sta. Maria, Iza Calzado, Sam Milby and Maricel Soriano said that the experience of doing “Ang Sa Iyo Ay Akin” under quarantine has been fulfilling.

It’s a challenge and also a big responsibility for everyone in “Ang Sa Iyo Ay Akin,” the first original digital teleserye to be shot during the time of the coronavirus. But the whole production appreciates the immensity of the challenge and has risen to the challenge.

The Kapamilya Channel adopted health protocols that are even more stringent than the government’s, and so lead stars were able to confidently essay their roles – notwithstanding the global health crisis.

Because of the pandemic, physical distancing has been strictly enforced and everyone has to wear a face mask – except when there is a take and the stars need to play their characters. There is strictly no scene that will require the players to be near each other.

Because of the need to stay at a distance from each other, there is no slapping and kissing of any sorts, said director F.M. Reyes, who revealed his alcohol spray is always nearby. “Puro daya,” he explained on how they shot the scenes to look like the cast members are near each other.

Apart from the challenges in the new normal, director FM Reyes also touched on “Ang Sa Yo Ay Akin” blazing the trail for other series – and possibly give jobs to those who lost their jobs because of the non-renewal of the franchise of ABS-CBN.

“Sobra sobra ang challenges na kinaharap ng show. We are the first all Filipino crew to work in a sound studio. Second, this was all happening at the height of the franchise issue and then the pandemic. And now, kami ‘yung magtutuloy ng laban sa digital platform,” he said, emotionally.

“This will be, the fight is not just for us. It’s for the 11,000 who lost their jobs…,” he continued, voice breaking. “And I’m so sorry. I’m so thankful sa inyo lahat na um-attend dito. Dahil bilang miyembro ng mga press, you are our brothers and sisters in this work.

“Hindi madali na papasanin namin lahat ang krus na ito. But it makes it easier knowing that if we make it well in this platform, we will be helping a lot of our co-workers to again have their jobs back,” he ended.

It is produced by JRB Creative Production and airs weekdays after “FPJ’s Ang Probinsyano” on Kapamilya Channel and Kapamilya Online Live.