BB GANDANGHARI claimed in his latest vlog, “BB Uncut,” that he and Piolo Pascual became lovers in San Francisco in 2001, telling the story of how we he got close to Piolo when they did a passion play and they played the apostles of Jesus Christ. Piolo introduced Rustom to his family who resides in San Francisco. They clicked and started as buddies, enjoying each other’s company. When he went to the restroom, Piolo allegedly followed him.

“And then they kissed,” BB said. “It was probably the most felt kissed, deep, passionate, but it was also more than that, because may feeling. Habang lumalalim ang gabi, palalim din ng palalim ang kumunoy na pinasok ni Rustom.”

The story is very long but, in effect, BB implies that it’s Piolo, who’s then 23 and he’s 33, who flirted with and wooed Rustom. Wonder what BB’s motive is at this point in outing Piolo when BB is very much aware Papa P has never admitted in public that he’s gay. But knowing Piolo, he would just keep quiet because saying anything will just dignify the claims of BB.

As what director Joey Reyes commented on this: “This is really sad. And unfair. Choices made by people in their private lives – even for public properties like celebrities – are theirs to keep. Violating someone’s privacy – especially confidentiality given in the name of the trust in friendship or whatever – does not speak well of those whose secret may have been unwittingly exposed but of the party who crossed the line and said too much which is beyond his or her territory or narrative.” 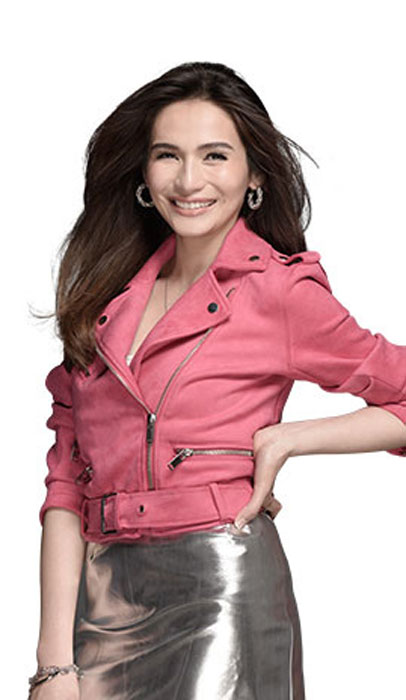 The two actresses are unafraid to express their views to netizens, especially those who are quick to judge them on social media.

Jennylyn Mercado will soon be back taping the resumption of “Descendants of the Sun” with Dingdong Dantes. But she is also back posting her feelings and opinions on social media. She stopped for a while after some writers made insinuations that it’s not really her writing her statements but a ghost writer. Now, she made a reply to a netizen who belittled single moms on Twitter. Jen herself is a single mom who got pregnant at 21 and her son Alex Jazz is now 12 years old, the dad being Patrick Garcia. This is what she wrote in defense of single mothers like her:

“To all the single moms out there, never let comments like this get to you. Having a kid early doesn’t make you less of a woman. In fact it’s the opposite. Being a single parent made us stronger than ever. Mahirap maging nanay at tatay ng ating (mga) anak pero kinakaya natin. And for those people na minamaliit pa rin kami hanggang ngayon, I feel so sorry for you.

Raising our kids the best we can. Whatever you say, you can and will never bring a strong woman down. Kaya always hold your head up high. We are more powerful than they think we are.”

Barbie Forteza is so happy that after “Descendants of the Sun,” the next GMA primetime show to resume taping is her “Anak ni Waray vs. Anak ni Biday” with Kate Valdez, Dina Bonnevie and Snooky Serna.

“The cast and crew already had swab tests to make sure we’re all virus free on the set,” she said. “We’ve also done script reading through zoom meeting, in preparation for our taping that’s scheduled next week. We suggested script reading so that we won’t need to do that anymore on the set at ready na kami to work agad. Para less physical contact din po sa taping.”

Andi Eigenmann was reprimanded by a netizen for allegedly ruining the career of Albie Casiño who she then claimed was the dad of her daughter Ellie. Later, it would turn out that the real dad is Jake Ejercito. The netizen said Andi should apologize to Albie who was bashed that time.

Andi replied in her social media account that she has actually apologized to Albie a long time ago. She then asked if anyone remember that she was physically abused by Albie then. Here’s her full statement to the netizen and maybe Albie would like to reply and defend himself. One thing you can say, Andi is really very articulate and writes very well.

“Not that I owe you any sort of explanation, but since you’re the only one that has tagged me in this, I actually already have apologized. (You can ask him that too.) You and the rest of the public are not aware, because I never owed you that apology. I owed that to him.

You see, it’s one thing not to have given forgiveness. That’s something I can’t control. But it’s also another thing to say otherwise.

“I think the fact that I’ve been blessed to have such a wonderful life after everything is enough proof that I’ve grown to become far different from the person that I once was. My past struggles have taught me that we can never really please everybody. That no matter what, there will always be people like you who will be quick to judge others without knowing their story. There will always be those who will see only what they want to, and hear only what they want to.

“Did any of you even remember that the root of this controversy was because I was physically abused? Right. I don’t think so. But you know what? I’m OK with it. This is exactly why I found my happiness living away from the limelight, and all the constant judgment from people you don’t even know, people whose opinions should never have mattered. But did. It still did. Because I was only human.”