‘Alden is really blessed because, despite the lockdown, various companies continue to get him to do so many new endorsements.’ 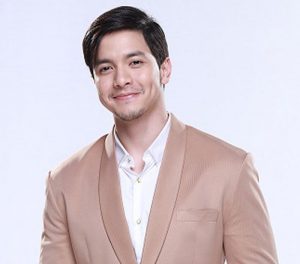 ALDEN Richards is so fortunate that he is seen on TV every day when other stars have no work at all. Weekdays, he’s in “Eat Bulaga” and on Sundays in “All Out Sundays.” On top of this, his hit drama series with Louise de los Reyes, “One True Love,” is now also being reshown on GMA-7 every afternoon.

“I’m really thankful na tuloy-tuloy lang ang trabaho ko,” he says. “May risks involved because of the virus but GMA is doing everything to make sure all of us involved in the show are safe.”

Alden is really blessed because, despite the lockdown, various companies continue to get him to do so many new endorsements. He has five new endorsements, no less, and he is paired mostly with Kapamilya stars. First is the shampoo commercial with Bea Alonzo, shot in Thailand.

Then he has a pera padala-pawnshop endorsement with Sarah Geronimo, an ice cream brand with Kathryn Bernardo, and a tuna brand with Nadine Lustre. He was also chosen by Cosmo Skin execs Nino Bautista and Red Gatus to be the new endorser of their vitamin C called Cosmo Cee, replacing a Kapamilya actor. Can you think of any other male celebrity who is as in demand as Alden is now?

“Prima Donnas” started airing exactly a year ago in August last year. It quickly climbed up the ratings chart to become the number one afternoon soap so its airing was extended up to Saturday. But then, the corona lockdown came and they had to stop taping new episodes.

Now, after five months of hibernation, we’re told it’s finally returning back on the air. It will thus be the first Kapuso soap to resume its telecast after the disruption made by the nasty virus. Other afternoon shows like “Magkaagaw” and “Bilangin ang Bituin sa Langit,” as well as primetime soaps like “Love of My Life,” “Descendants of the Sun” and “Anak ni Waray vs. Anak ni Biday” are still in limbo.

“Prima Donnas” will return on air starting this August 17 in its usual slot, 3:30 p.m., replacing “Stairway to Heaven.” Since no new episodes have been taped yet, they will first replay past episodes to refresh the memory of the viewers about its story.

The title roles in the show are played by Jillian as Donna Marie or Mayi, Althea Ablan as Donna Belle or Ella, and Sofia Pablo as Donna Lyn or Lenlen. Katrina Halili plays their mom Lilian while their dad is Wendell Ramos as Jaime Claveria. Chanda Romero is Wendell’s wealthy mom, Lady Prima Rosa Claveria and playing villains who make “api” to the Prima Donnas are Aiko Melendez as Kendra and Elijah Alejo as her daughter Brianna.

“I shoot and edit my own vlogs,” she said. “Hands on ako. From conceptualizing and planning kung ano ‘yung isu-shoot, to creating the script and the flow of the whole thing, ako lahat ang gumagawa. I really want to stay personally connected with my fans.”She is also a Mikee good singer. She has released a new single entitled “Ngayon” which has very inspirational lyrics.

“I dedicate this to all of us who are suffering for one reason or another in this season of the corona pandemic,” she said. “Lalo na ‘yung mga nawalan ng mahal sa buhay dahil sa virus.

It was doubly sad because there was no wake at all for the deceased. “Nakakaiyak lang ‘yung thought na ni hindi man lang siya naburol kasi hindi pwedeng magburol.

Inikot na lang nila ‘yung coffin niya in a car sa paligid ng barangay. I really sympathize with everyone who lost a loved one during COVID-19 pandemic.”

Her new song “Ngayon” delivers a positive message about not losing hope. She is part of the action-fantasy “Encantadia” now seen on primetime. Her two recent soaps, “Onanay” and “The Gift” are big hits in Latin American.

If life begins at 40, then Dingdong Dantes just started his own life when he celebrated his 40th birthday on August 2. Because of the lockdown, he had a simple birthday celebration at his own home with his close relative and friends, led by his wife Marian Rivera and their two kids, Zia and Ziggy.

In an Instagram post, Dingdong wrote messages of thanks for some very special people in his life, led by his own mom, Angeline.

“Today, I honor my mother who brought me into this world. I had to have my own children to make me realize the sacrifices that our mothers do for us. She literally put her life on the line for me. So whenever I get a birthday greeting, I also celebrate her strength, love and commitment in raising a kulit boy like me,” he said.

And this is what he wrote for his wife: “Today, I also honor my wife who has been my rock and core. Building a family of my own and reaching milestones have been a blissful and contented journey because I have her as my partner in and for life… And of course, today, I honor our Creator, who has made all things possible and surmountable for me all throughout these years. So, I welcome and embrace your well-wishes so that I can continue glorifying Him.”

Dingdong earlier planned to have an Oktober-fest kind of rock and roll part to celebrate his natal day but, as we all know, the lockdown came along to prevent that. The next member of their family who’d celebrate her birthday is his wife Marian who will be turning 35 years old tomorrow, August 12.

What makes UP ‘special’?