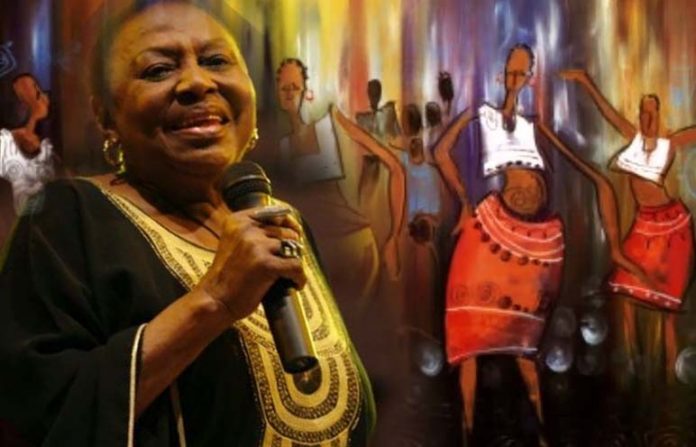 WASHINGTON – The world-famous song “Pata Pata,” a South African dance hit from 1967, is being re-released with new lyrics to spread information about coronavirus to vulnerable communities.

Meaning “touch touch” in the Xhosa language, “Pata Pata” was written by Grammy-winning singer Miriam Makeba who named it after a dance move popular in Johannesburg at the time.

The new version sung by Beninese artist Angelique Kidjo includes lyrics such as, “We need to keep our hands clean so ‘no-Pata Pata’… Don’t touch your face, keep distance please and ‘no-Pata Pata'”.

It will be played on more than 15 radio stations across African countries on Thursday, said the U.N. Children’s Agency (UNICEF), which organized the release.

“It sounds so simple and yet it’s still really difficult to get information out to people in the most remote areas or to people who aren’t online,” said UNICEF spokesman James Elder.

“Radio does the trick every time,” he told the Thomson Reuters Foundation.

The song is also meant to spread joy in hard times, he said. It has been called “the world’s most defiantly joyful song” because it represented revelry under apartheid South Africa.

She was a friend and mentor to Kidjo, a UNICEF goodwill ambassador and one of the biggest African celebrities of the last decade.

“‘Pata Pata’ has always been there for people at a time of struggle. I hope from our confined spaces we can dance once more.”