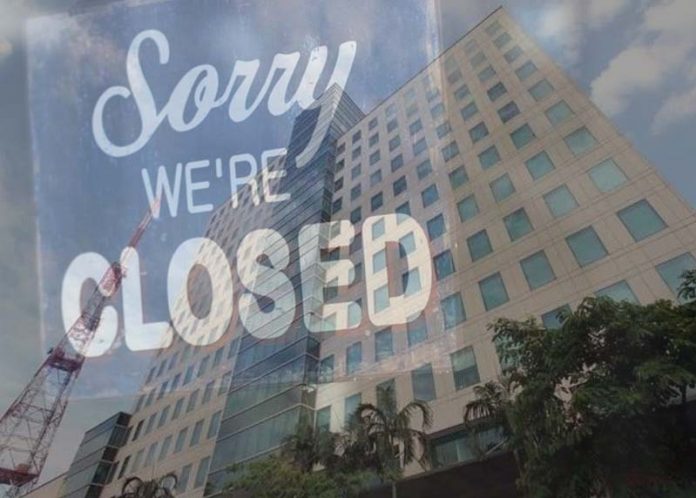 ABS-CBN ceased operation of its TV and radio stations on Tuesday evening, May 5 following the cease and desist order issued by National Telecommunications Commission against the broadcast network.

ABS-CBN’s franchise expired on May 4, and the shutdown was felt far and wide, with the hashtags NoToABSCBNSHUTDOWN, ABS-CBN, IStandWithABSCBN, DefendPressFreedom and MalayangPamamahayag immediately trending on twitterverse.

Kapamilya stars expressed their dismay to the shutdown on social media.

Sharon Cuneta, singer-actress, shared the same sentiment: “Iniisip at inaalala naming artists ng aming tahanan, ang ABS-CBN, ang ilampung-libong empleyadong lumaki nang kasama ko, at ang mga batang bagong empleyado pa lamang ng aming istasyon… You are all in my heart and prayers. We love our HOME. And some people have made us HOMELESS now… My God bless us all.”

Actor-producer Piolo Pascual, who is featured in the station’s Sunday show, “ASAP,” wrote on Facebook: “As I was watching closely and with disbelief, tears flowed and my heart just felt the pain.. and then I heard the words ‘now signing off’ then it went black… wasn’t able to move for a few seconds…

“I have nothing but prayers for a positive outcome for this hurdle… and as always we’ll get through this together… let’s continue praying for each other and for ABS to return to broadcasting asap… maraming salamat Kapamilya.”

Actress Aiko Melendez, who currently has a show on GMA, commiserated with her fellow workers from the rival network, where she also starred in several soaps.

On Instagram, she posted a photo with the words: “I am a Kapuso but I am in solidarity with the Kapamilya Network! We are one television community serving the Filipino people.”

In the caption, she stressed that GMA was fair in presenting the issue, and mentioned that the network war raging between the two stations “is just to spice up the competition.” She then revealed she had just spoken with a GMA insider who told her she felt for her friends from ABS-CBN.

“GMA has never taken this step to take advantage and media mileage, instead, they gave a fair share of sympathy and empathy to the people who lost their jobs. Again I am blessed to be a part of GMA but please allow me also to feel pain because ABS gave me the opportunity to work for them for a long time. Am sending my love and prayers to my Kapamilya friends. God bless you all,” she ended.

To people who are rejoicing over the shutdown, actor Christian Bables had a message: “If any of my Facebook friends are happy with what is happening to ABS-CBN, please block me. Many people are in the verge of losing jobs. Please, have a heart. Salamat.”

Bea Alonzo, actress, wrote a lengthy reaction on Instagram about the role the network plays in informing Filipinos worldwide: “It is heartbreaking to hear that our company, received a cease and desist order from NTC in the middle of this worldwide crisis.

“11,000 people are now afraid that they may lose their jobs and won’t be able to just apply for another job to feed their families because our industry is very small, there are not so many options for us, and given the circumstances, how can they go out and find a source of income to put food on the table using their skill set?

“The Filipinos around the world need our service. Fifteen million people tune in to ABS-CBN every day to get updated with the latest news and to be entertained wherever they may be.

“We bring the Philippines into their homes.

“We even encourage them to practice Bayanihan in these trying times.

“The Philippines will never be the same without ABSCBN,

“Our lives will never be the same without our KAPAMILYA network.

“We are asking for compassion.

“People are dying, people are starving and the last thing that we want right now is to see these 11,000 people (or more) face the uncertainties of tomorrow without a job to hold on to and a family, ABS-CBN, to run to.

“Let us hope and pray for a better tomorrow.”

Meanwhile, for some people behind the scenes, the shutdown was a reminder of the first time ABS-CBN stopped its operations during Martial Law.

Author and scriptwriter Eric Cabahug noted parallelism between what happened during the Marcos years and the present: “From the pages of Philippine history: The last time ABS-CBN was forced to go off air, a dictator was ousted. And a widow took over.”

Producer and director Atty. Joji Alonso also had a feeling of deja vu: “Abs-cbn just signed off. It’s like deja vu – that 70s feels all over again. What next, ML?”

Instead of a somber post, Korina, who has been in the network since it reopened in 1986, posted her photo with her “TV Patrol” co-anchors – Noli de Castro, Ted Failon, Grethen Fullido and Kim Atienza. She wrote in the caption: “Why are we happy? Kasi ngayon mas malinaw na. Napakalinaw kung nasan ang puso ng tao. It was ten years ago I returned to TVPatrol. And then again left just two years ago. But I’ve been with ABS-CBN since it reopened in 1986 after the Revolution that defined civil liberties and brought back to the people what is the people’s. Their voice.

“So today, we are hearing them loud and clear again. Why are we happy? Because we are certain how this finally ends. See you back soon on-air guys!”

She assured her supporters that ABS-CBN will be back soon. To those who spewed brickbats, she did not hold back. Some of her clapbacks:

To @annehanu, who wrote: “There are too many sources to get fresh news, not just abscbn. The law should not bend for anyone. Compliance is the key! It is as simple as that.”

Korina, who is married to ex-Senator Mar Roxas, did not allow “trolls” and bashers to get on her nerves.