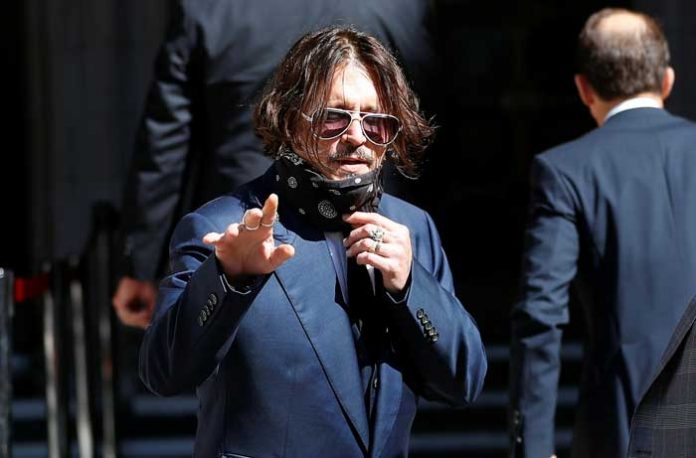 LONDON – Hollywood star Johnny Depp began legal action against a British tabloid on Tuesday over allegations he had physically abused his ex-wife, the actress Amber Heard, accusing her of lying and conducting extra-marital affairs.

Depp, the 57-year-old star of the “Pirates of the Caribbean” films, is suing The Sun’s publisher, News Group Newspapers, and its executive editor, Dan Wootton, for libel over an article Wootton wrote in April 2018 calling him a “wife beater.”

“Not just once but on at least 14 different occasions it is now said, causing her such serious injuries and being so violent that it led Ms Heard to fear for her very life,” Sherborne said.

He said Heard had first aired the allegations in May 2016 when she obtained a restraining order against Depp at a Los Angeles court when she appeared to have bruises on her face caused in an incident six days earlier.

“There is a substantial body of evidence … which clearly demonstrates that this was a lie manufactured by Ms Heard and her friends,” Sherborne said.

In papers submitted to the court, Depp’s team also said Heard had begun an affair with Tesla chief executive Elon Musk in early 2015 shortly after they had got married and had engaged in at least one extra-marital relationship with her co-stars, with actor James Franco named.

The case is set to last for three weeks, the judge, Andrew Nicol, said. Depp took the stand at the beginning of the trial and Heard is also expected to give evidence.

Depp, wearing a dark suit and glasses and speaking in a deep clear tone, was asked about transcripts and recordings made of discussions and arguments between them. – Reuters