GO on a trip down memory lane with Star Music’s new “90’s Tunes” playlist on Spotify, featuring the ever-relatable OPM favorites of the 1990s, which prevailed in radio charts, served as movie theme songs, and warmed the hearts of millions of Filipinos.

Kicking off the nostalgia fest is Roselle Nava’s “Dahil Mahal Na Mahal Kita,” the carrier single off her third album, “Roselle: On Higher Ground” released in 1997. The instant hit even spawned a movie with the same title, starred on by “Mula sa Puso” actors Rico Yan, Diether Ocampo, and Claudine Barretto. Over the years, the likes of Rachelle Ann Go, Zsa Zsa Padilla, Vice Ganda, and Jona have also released their own renditions of the emotional song. 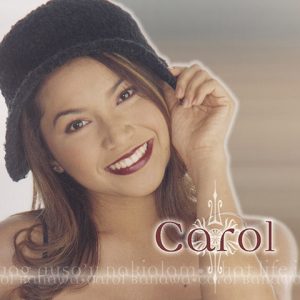 Another widely-successful 90’s song is Carol Banawa’s “Bakit ‘Di Totohanin,” from her 1997 debut album “Carol,” which was likewise used as the theme song of the eponymous film starring Judy Ann Santos and Piolo Pascual. In 2016, the track was also used in one of the scenes of the hit American TV series “The Vampire Diaries.”

The ultimate anthem for those with irreparable regrets in a broken relationship, singing quintet Jeremiah’s “Nanghihinayang” similarly made ‘90s babies cry when it was used as the theme song of Jolina Magdangal and Marvin Agustin’s blockbuster film “Labs Kita, Okey Ka Lang?” in 1998. The song proved to be an immense success, peaking at the charts for 20 weeks.

Meanwhile, for those who are eternally pining for the love of their life to finally reciprocate their affection, you might want to listen to “Ibigay Mo Na” by no other than the “Jukebox Queen of the 90’s,” Jessa Zaragoza. Despite making a fuzz for its provocative theme, the song still emerged as a huge hit.

Another tormenting love song from the late 90’s is what can only be described as a generation-bridging love ballad by Jolina titled “Kapag Ako Ay Nagmahal.” The track, from her self-titled sophomore album, also comprised the soundtrack of the classic love flick “Labs Kita, Okey Ka Lang?”

Ara Mina’s smash record “Ay, Ay, Ay, Pag-ibig” also makes the cut for its charismatic theme, which details the beauty of being in love. The track was one of the songs from her debut album which received a gold record certification a few months after its release.

Attesting to the power of music to cross over eras is “Bakit Nga Ba Mahal Kita,” the first signature hit of Roselle. The undisputed hymn for a one-sided love, the emotionally-charged tune became the number one charted song in the country after its release in 1995, and peaked in the radio charts for a whopping eight months.

On the other hand, much like how it was warmly embraced by Filipinos during its 1999 release, Tootsie Guevarra’s “Kaba” inarguably remains as one of the most recognizable songs of today, mainly because of its highly-relatable theme of feeling nervous around a fresh love.

Singer-songwriter Trina Belamide’s “Only When I’m With You” was also used for the soundtrack of another successful 90’s teen flick “F.L.A.M.E.S.: The Movie” in 1997. The song is a beautiful ode to a loving relationship, and the magic that such affair brings about.

Capping off the list is Jolina’s “Chuva Choo Choo,” a certified earworm which was included in the soundtrack of yet another Marvin-Jolina rom-com movie “Hey Babe!” In 2015, the “Magandang Buhay” host released a new version of the infectious track in collaboration with Vice Ganda, which became the theme song of the movie “Beauty and the Bestie.”