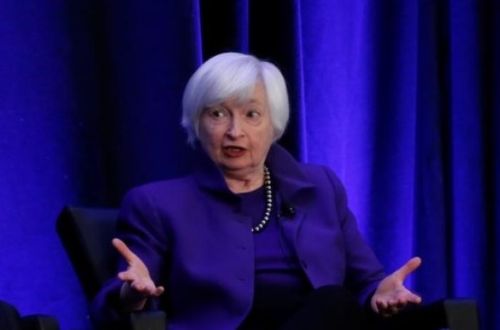 NEW YORK- The US dollar fell and the Treasury yield curve steepened on Tuesday as investors hoped that President-elect Joe Biden’s expected nomination of former Federal Reserve Chair Janet Yellen as Treasury Secretary could ease the passage of a potential fiscal stimulus package.

The nomination, confirmed to Reuters by Democratic allies to the Biden campaign on Monday, would put into office a seasoned economist and labor market expert, a safe choice whose experience, market participants believe, should afford her confirmation bipartisan support.

The reports of her expected nomination have driven risk assets higher and demand for safe-havens like the US dollar and longer-dated Treasury debt lower, steepening the yield curve, a bullish signal.

Yellen has called for opening government spending taps to revive an economy racked by the coronavirus pandemic and is expected to urge Congress to pass further fiscal stimulus.

“Yellen I think is viewed as a deficit dove. In times when she has spoken about anything related to fiscal policy in her role as the Fed chair, it was often about how the Treasury needs to do more to cooperate with the Fed and do their part by providing fiscal support,” said Tom Simons, money market economist at Jefferies Group.