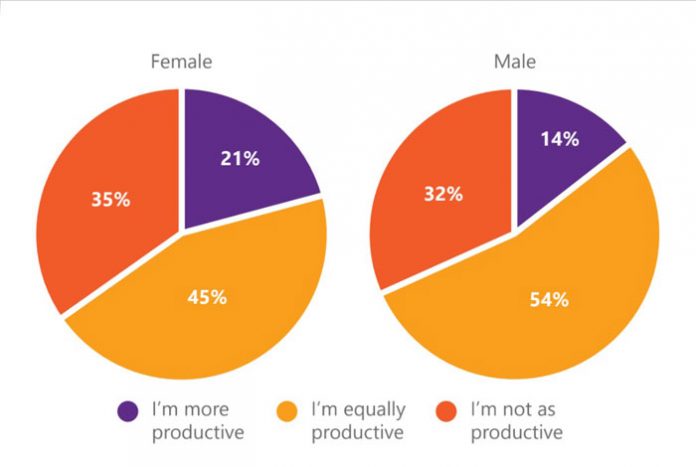 Seven in 10 employees in large corporations reported to have registered same or even higher productivity levels in alternative work arrangements like work-from-home, findings of a survey showed.

The survey was commissioned by the Philippine Business Coalition for Women Empowerment and Investing in Women on 300 men and 300 women who were still employed between May 7 and 17 during the enhanced community quarantine.

The study was conducted to understand the impact of the new coronavirus disease 2019 on the work and personal lives of employees.

The findings stress the need for employers to consider adopting flexible work policies, the study said.

It added companies also need to review how the company manages performance, identify talent and develop leadership among their workers

Another 17 percent said they worked for reduced hours and less pay while 13 percent were forced to take unpaid leave.

Nevertheless, 70 percent of the employees who worked at home and in spaces provided by their companies said they were equally or more productive than before the crisis.

A higher proportion of 21 percent of women than 14 percent of men said they were more productive.

Forty-four percent of those surveyed said they were offered flexible work arrangements with some technical support to work from home. — Irma Isip