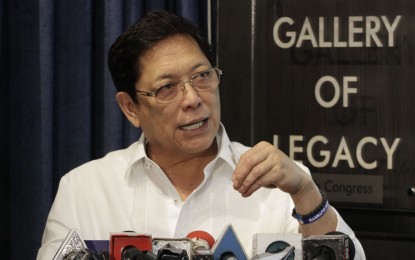 The Department of Finance (DOF) said a study commissioned by the Department of Labor and Employment (DOLE) shows the reduction in the corporate income tax (CIT) rate complemented by an overhaul in the tax incentives system for companies will propel economic growth, create more jobs and lower poverty incidence.

The DOF said in a statement over the weekend the study also shows that the proposed reforms in corporate taxation will level the playing field for businesses across the country, boost the flow of foreign direct investments (FDIs) into the country and lead to a reduction in the prices of consumer goods.

“During hearings in the 17th Congress, the Senate requested a job impact study by the DOLE on this reform. We welcome this study, which validates our own studies’ conclusion that this reform will create jobs and reduce poverty,” Antonio Joselito Lambino, DOF assistant secretary, said.

“The case for the reform becomes more compelling when the labor department itself sees this package as a job-creating measure,” he added.

“With these positive findings, the DOLE is confident that Corporate Income Tax and Incentives Rationalization Act (CITIRA) (now renamed Corporate Recovery and Tax Incentives for Enterprises Act or CREATE) will facilitate the creation of more and better employment opportunities for our workers through a regionally competitive corporate tax rate and a level playing field for firms and industries across regions, especially for micro, small, and medium enterprises, and in lagging and underdeveloped regions,” Bello said in a letter to Dominguez.

The study focused on six key simulations in which the CIT is reduced in all exercises, but with different assumptions on how the reduction of the tax rate is balanced out, whether through higher borrowings or lower spending by the government.

Conducted by Caesar Cororaton of the Virginia Polytechnic Institute and State University or Virginia Tech and Marites Tiongco of the De La Salle University School of Economics, the study was based on the original proposal called the CITIRA, which seeks to gradually lower the CI T from 30 percent by one percentage point each year until the rate reaches 20 percent in 2029.

This was a slower tax rate reduction than the one more currently proposed under CREATE.

The research was conducted before the outbreak of the COVID-19, the DOF said.

In the simulation scenario, which considered the original CITIRA as envisioned by the government, with the deficit kept at 3.2 percent and the Build, Build, Build program in full swing, the services and agriculture sectors stand to benefit the most from the corporate tax reform in terms of employment, with the increase in jobs significantly larger in the skilled, than in the unskilled sector, the study showed.

In most of the simulations, including the one described above, in which the CIT reduction is offset by reforms in the grant of fiscal incentives, the employment rate increases in all sectors and poverty incidence drops by at least 4.9 percentage points.

But in the simulation in which the CIT reduction is not accompanied by a modernization of fiscal incentives, the deficit steadily increases to 4.3 percent in 2029 as the government suffers a shortfall in revenues.

The study said such results indicate “that any reduction in corporate income tax needs to be accompanied by a compensatory sector tax (referring to the reforms in fiscal incentives) for the reduction to be growth-enhancing, employment generating and poverty reducing.”

In terms of net FDI inflows, the study estimates increasing amounts flowing into the country, rising to P1.75 trillion by 2029.

“The reduction in prices is higher under this scenario as the inflows of FDI expand the aggregate supply in the economy,” the study said.

In response to the pandemic and its effects on the economy, the executive proposed recalibrations to allow the outright CIT cut from 30 percent to 25 percent this year, along with a targeted, transparent, tailor-fit incentives system to attract investments that will benefit the public.

Both CITIRA and CREATE seek to make the Philippines’ CIT, which is now the highest in the region, closer to the 23 percent regional average of the CIT rates of Association of Southeast Asian Nations member-economies.