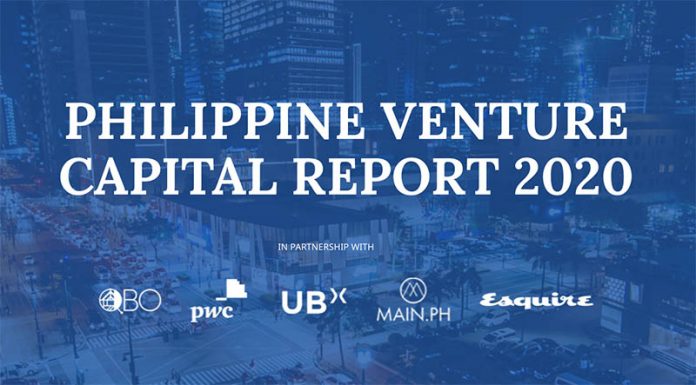 Total investments into startups in the Philippines as of the first half of 2020 more than tripled from their full-year 2019 levels, indicative of a rapid shift to home-grown ecosystem otherwise traditionally dominated by foreign subsidiaries.

Results of the 1st Philippine Venture
Capital Report by Foxmont Capital Partners showed investments in startups reached $183.8 million or about P9 billion in first semester from $37.9 million or P1.85 billion in the entire 2019.

The report showed the fintech sector accounted for over 80 percent of the total announced invested capital in startups, and almost half the deal volume for the 2.5 year period between Jan. 1, 2018 and June 30, 2020.

“This indicates a local pivot from traditional financial services towards tech-driven platforms in the finance industry. It also reflects a favorable environment for fintech startups, owing to the country’s strong English language use and well-established outsourcing industries,” the report added.

Foxmont Capital quoted data from the Department of Trade and Industry (DTI) which placed the annual average growth rate at 16 percent historically in terms of the number of fintech startups.

The DTI said the sector is expected to grow further in the coming years.
Information technology and software is the second biggest sector in startups after fintech, taking 8 percent of total deal value for the same period.

The report said most of the activity in the sector relates to telecommunication and B2B (business-to-busiess) software development as corporate entities open up to technology that startups continue to build.

The report said investment activity in this sector is driven by the rising logistic demand of electronic commerce, with 2 percent of total deal value.

The Philippines has more than 400 startups, 50 angel investors, 40 venture capitalists, and 35 incubators and accelerators.

The Philippine startup ecosystem rose to 53rd in the world in 2020,17 positions up in 2020 from its ranking just three years prior.

However, the country still trails behind its neighbors in Southeast Asia in terms of deal volume, but startup founders and investors expect a promising future in the landscape.

Foxmont Capital Partners is a multi-focus venture capital fund dedicated to supporting entrepreneurs in the Philippines with capital, expertise, network, and through the different stages of growth. Some of the brands under Foxmont’s portfolio include Edukasyon.ph, Kumu, and Booky.