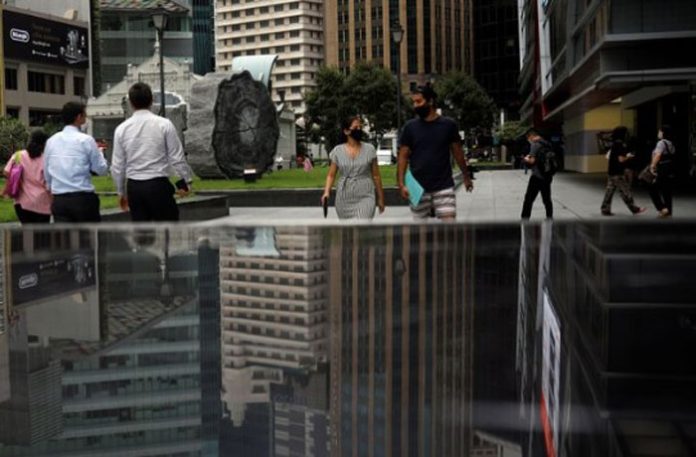 SINGAPORE- Singapore’s recession was deeper than first estimated in the second quarter as the coronavirus pandemic dealt a major blow to Asia’s trade-reliant economies.

The city-state has been hit hard by COVID-19 with the country under a lockdown for most of the second quarter to curb the spread of the virus.

“There continues to be significant uncertainty over how the COVID-19 situation will evolve in the coming quarters, and correspondingly, the trajectory of the economic recovery in both the global and domestic economies,” Gabriel Lim, permanent secretary for trade and industry, told a briefing.

“The outlook for the Singapore economy has weakened slightly since May.”

The economy fell 42.9 percent from the previous three months on an annualized and seasonally adjusted basis, also a record and larger than the 41.2 percent contraction in the government’s initial estimates.

The government said it now expects full-year GDP to contract between 5 percent and 7 percent versus its previous forecast for a 4 percent to 7 percent decline. The transport and tourism hub is still facing the biggest downturn in its history.

“The downgrade in second quarter and full-year GDP growth points to a slower and sluggish economic recovery,” said Chua Hak Bin, an economist at Maybank.

He said strict border controls, social distancing rules and foreign worker shortages will weigh on the pace of the recovery, even though lockdown measures have been relaxed.

The GDP slump marked the second consecutive quarter of contraction for the global finance hub – having declined 0.3 percent year-on-year in the first quarter and 3.1 percent quarter-on-quarter – meeting the definition for a technical recession.