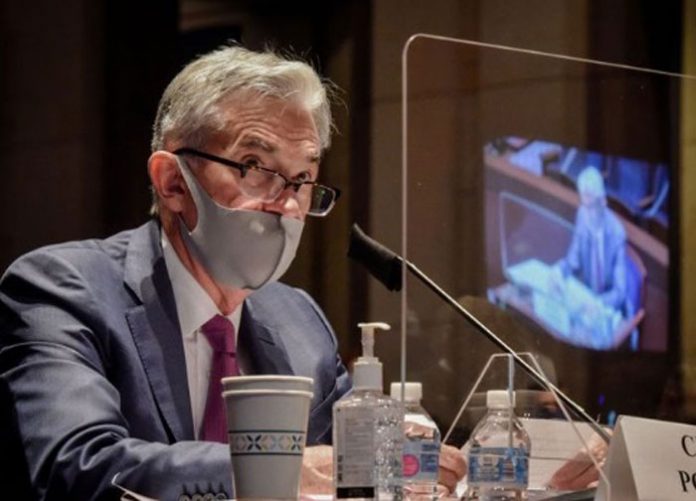 Federal Reserve Chair Jerome Powell said the US jobs report for August was “a good one,” but noted that with gains likely to slow, the central bank is planning to keep its foot on the monetary policy gas pedal for years.

“We do think it will get harder from here — because of those areas of the economy that are so directly affected by the pandemic still,” Powell told National Public Radio in an interview, referring particularly to sectors like leisure, hospitality, travel and entertainment that depend on large gatherings made unsafe by the virus.

Even as US employers added 1.37 million jobs last month, the total number of jobs regained since the crisis has only been about half the total lost, leaving millions still out of work.

“We think that the economy’s going to need low interest rates, which support economic activity, for an extended period of time … it will be measured in years,” Powell said.

“However long it takes, we’re going to be there.”

The unemployment rate in August fell to 8.4 percent from 10.2 percent in July, and is lower now than most Fed officials had expected it would be by the end of the year.

Fed policymakers release fresh forecasts at their next policy meeting, slated for mid-September. Powell’s remarks are the last public comments from any US central banker until then.

The Fed slashed rates to near zero in March and has rolled out a raft of lending programs to support businesses and households. It is also buying tens of billions of bonds monthly to keep markets functioning smoothly.

Under a new framework adopted last week, the Fed signaled it would not raise interest rates just because the labor market is improving, and pledged to aim for inflation to rise moderately above 2 percent to make up for periods of too-low rates, like the current one.

“We’re not going to prematurely withdraw the support that we think the economy needs,” Powell told NPR. “We ought to do everything we can as a country to keep those people, I won’t say make them whole but I would say, to look out for them.”

Negotiations over new pandemic relief spending have been stalled for weeks in Congress as Democrats push for a bigger package and Republicans aim for a targeted bill.

To Powell, though, the recovery continues to need help from both the Fed and Congress.

“The time to start working on fiscal sustainability is not right now when we have so many people in need,” Powell said.

Regular people can also do their part, Powell suggested.

“There’s actually enormous economic gains to be had nationwide from people wearing masks and keeping their distance,” he said.