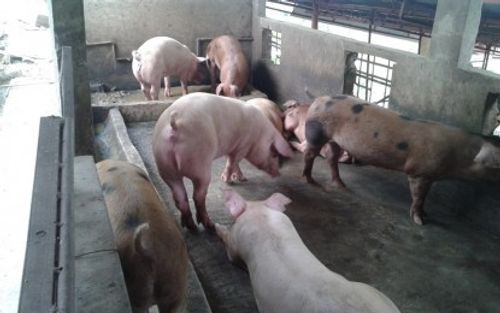 The Department of Agriculture (DA) expects the price of pork in Metro Manila and Luzon to stabilize soon as shipments of live hogs and frozen carcass from Visayas and Mindanao will be increased this week.

Supply will be augmented by imports following the lifting of the ban on pork products from Belgium.

Weekly shipments will be increased by a range of 27,000 to 30,000 heads from the main ports in Davao, General Santos and Cagayan de Oro starting next week up to December.

“We will elevate our partnerships with hog producers and traders, ship owners and operators and local government officials in Visayas and Mindanao to supply Metro Manila and Luzon with hogs and frozen pork, and eventually bring down prices for the benefit of consumers,” said DA Secretary William Dar.

“This is a problem of logistics including sourcing, distribution and marketing which we can address without difficulty. All we ask is the full cooperation of key players in the entire hog industry value chain,” Dar said.

The DA has asked the assistance of the Department of Transportation to persuade shipping companies to increase the number and frequency of vessels plying the routes from Cagayan de Oro, General Santos, Davao and other major ports in Vis-Min bound for Manila and other Luzon ports.

Dar in a memorandum order issued by Dar on October 26, the Philippines has lifted its ban on the entry of pork products from Belgium as the country is now declared free from African swine fever (ASF) as the country’s last case of the disease was recorded back in March this year.

The DA first banned the entry of pork from Belgium in September 2018.

“Based on the documents submitted by the veterinary services of Belgium and after thorough evaluation of the Bureau of Animal Industry, the risk of contamination from importing domestic pigs and their products from Belgium is negligible,” the order read.

The DA, however, clarified it will only allow the entry of only pork from animals kept in a zone free from ASF since birth or for at least three months or have been slaughtered in an approved facility where they have been subjected to favourable post and ante mortem inspections.

Data from the Philippine Statistics Agency show that as of October 22, 2020, prevailing retail price of pork kasim is at P300 per kg and at a high of P320 per kg and a low of P240 per kg.

Prevailing retail price of pork liempo for the similar period is at P340 per kg and at a high of P350 per kg and a low of P300 per kg.

Meanwhile, he Philippine Association of Feed Millers (PAFMI) said the threat by Brazil to take the Philippines to the World Trade Organization (WTO) for banning importation of Brazilian poultry meat is uncalled for.

In a statement yesterday PAFMI said it stands firmly behind the DA adding Secretary William Dar acted in the interest of the Filipino people in maintaining the ban which was imposed due to reports that SARS-COVID2 particles were detected in in samples of Brazilian meat exported to China.

“The ban on Brazilian poultry products is thus a just and fair action from the DA,” PAFMI said as it called on consumers and industries to support DA’s move in the face of the very strong lobby from the Brazil, the world’s biggest exporter of meat and poultry products.

‘Zone workers are frontliners too’

The true costs of counterfeit e-cigarettes