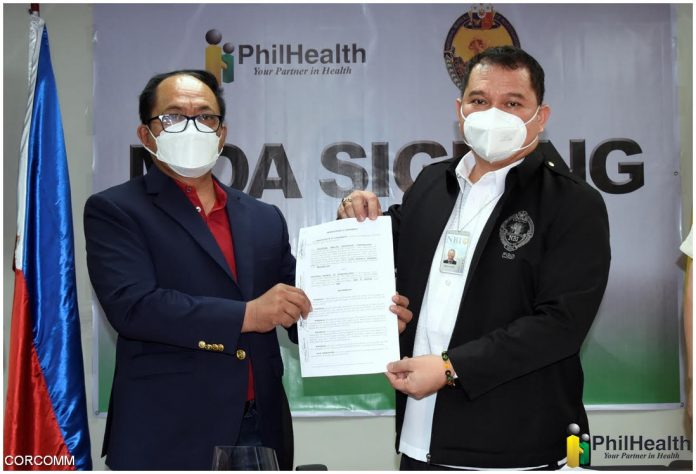 The parties have agreed on a shared set of responsibilities to detect, deter, and prosecute fraud committed by health care facilities and professionals, and even those made in collusion with its own officers and employees.

Under the agreement, PhilHealth may request for investigative assistance from the NBI including surveillance, investigation, and entrapment of violators. PhilHealth officers and employees may also be called on as witnesses for complaints to be filed by the Bureau arising from the investigations. All pertinent records, documents, and information must be turned over by PhilHealth to the NBI to help resolve the cases.

Gierran said that collaborative efforts of PhilHealth and the NBI would result in a definitive action against fraud that was taken up in Congressional inquiries last year.

For his part, Distor said that the MOA, “…essentially outlines how the Bureau and PhilHealth will work together as a team in combating graft and corruption and in gaining back the trust and confidence of the people in government-subsidized health care system.”

He vowed that the NBI shall “…respond swiftly and appropriately to a complaint, relevant tip-off, information, and/or lead provided by PhilHealth whether referred by PhilHealth head office or regional office including its legal offices, to determine possible violations.” 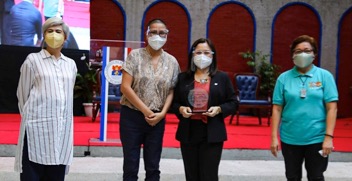 Cebu Pacific permanently removed change fees, allowing passengers to rebook as many times as they need. This will give passengers the flexibility and will help restore passenger confidence in air travel.

With the removal of change fees, passengers may now rebook their flights as many times as they need at no cost. A minimal fare difference may still apply.

Passengers may conveniently manage their bookings online through the “Manage Booking” portal on the Cebu Pacific website.

CEB also has an ongoing P25 month-long seat sale on top of other exciting deals in celebration for its 25th anniversary.

Jaime Augusto Zobel de Ayala,  Ayala Corp. chairman and chief executive officer, is urging young leaders all over the country to “reimagine hope,” as a way to power through the changes faced by communities and the rest of the country.

In his keynote at an online conference organized by the alumni of the Ayala Young Leaders Congress (AYLC) on February 27, Zobel said that “hope is not about being passive and just waiting for good fortune to come. Hope… requires determination, action, and inspiration.”

The conference was one of several online events organized for the 1,685 members of the AYLC alumni network and their partners and supporters, aiming to open up opportunities for collaboration and collective action for communities nationwide. Administered by Ayala Foundation, AYLC is the Ayala group’s flagship youth development program.

Said Zobel: ”Along with many others, determination amid ambiguity and a bias towards action, rather than just standing still were among the driving factors to Ayala’s COVID-19 response. As an institution, we felt that we could meaningfully help in mitigating the pandemic’s impact, and we were fortunate to find partners who shared this belief and commitment.”

San Miguel Corp. is building its first urban farm within its  head office complex in Ortigas to help build self-sufficiency among its support staff and help put agriculture back into the spotlight.

Under the program, interested employees and workers doing support jobs will be given a plot of land in what will be dubbed as SMC’s Malasakit Garden for them to use as a space to grow whatever produce they like.

They can then choose to either bring home their harvest, or to sell these for a profit at a small Malasakit Garden Farmers market stall to be set up at the complex.

SMC  has partnered with a non-profit, SEED Philippines for the urban farming project.  SEED’s advocacy is to help eradicate poverty in low-income families through specialized programs on agri-entrepreneurship by teaching organic vegetable production, soil management, planting materials production, and pest and disease management.

Mobile phones from Globe were distributed by the National Fisheries Research and Development Institute (NFRDI), the Bureau of Fisheries and Aquatic Resources Region IV-A (BFAR IV-A) and the Municipal Agriculture Office to 93 fishermen in Sariaya, Quezon.

The turnover held last  February 19  in time for the province’s preparation for the onslaught Tropical Storm Auring.

Fishermen from barangays Talaan Aplaya, Guis-guis Talon, Bignay 1 and 2, Castanas, San Roque, and Manggalang Kiling now have access to ISDApp, a weather application developed by iNON IT Solutions and powered by Globe, allowing them access to useful weather information to plan their trips to the sea, even without a smartphone or internet connection.

The community app collects localized weather data, converts it into simplified weather forecasts, and sends it to the registered mobile numbers of fisherfolks via scheduled daily SMS.

In case of emergency, the app also allows fishermen to send an SOS message to the community lead. Both the registered emergency contact number and community lead are informed immediately.

The same PR and employee engagement campaign was also nominated for the prestigious Grand Anvil Award.

The #StrongerTogether campaign reflected its focus on making unique, caring culture felt among its team members, regardless of distance and circumstance amid the pandemic.

The campaign aims to ensure TELUS’ members are fully engaged, connected, and cared for despite a rather challenging year. The campaign included engagement activities and programs for team members, and as a complement of health, financial, learning and CSR initiatives.

ErudiFi, a tech-enabled company providing access to affordable education financing in Southeast Asia and responsible for the operations of Bukas PH, has announced close of a $5 million Series A round co-led by Monk’s Hill Ventures and Qualgro.

The funding will be used to make key hires across product and engineering, marketing and operations, business development, and data functions.

The company also plans to scale ErudiFi’s education financing services, deepen its footprint in existing markets in the Philippines and Indonesia with educational institution partners, and invest in product innovation to deepen ErudiFi’s engagement and relationship with students and schools.

One word fittingly captures the success story of  the Pest Exterminators Association of the Philippines (PEAP) since its inception in 1979–”transitions,” or the “passage from one stage to another,” according to its leadership.

The Association transitioned from a singular domain of learning to topics like technical skills development trainings, psycho-education seminar-workshops, leadership and management courses, and pedagogy of valued soft skills in entrepreneurial organizations. Using online and web-based facilities and moving from the traditional face to face interactions and paper-driven strategies to advertise its programs and services, PEAP upgraded to fully utilize technological resources.

PEAP of the past, the present, and the future will continue its legacy as the prime pest exterminators’ association in the Philippines, they added.

Stiff penalties for use of fake test results