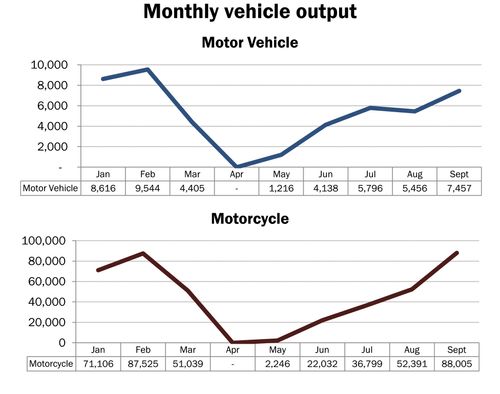 Vehicle sales and output in Asean improved in September from August but are still down as of the first three quarters versus the same period in 2019.

In a report, the Asean Automotive Federation said the Philippines tracked regional uptick in production.

Output of four-wheel vehicles in the Philippines went up to 36 percent to 7,457 units from 5,456 units in August.

Total production for the nine-month period of motor vehicles dropped 31 percent to 46, 628 units in the same period in 2019.