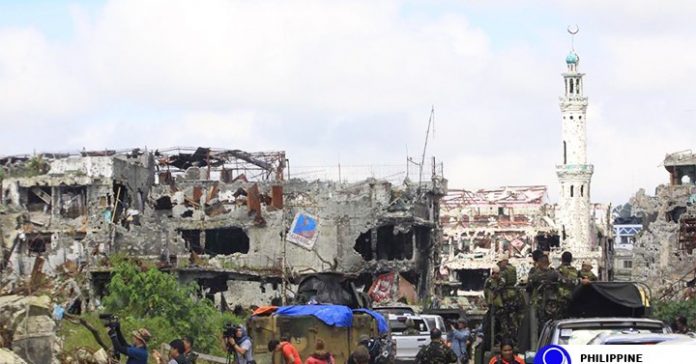 The European Union (EU) has extended a 24.5 million euro grant (approximately P1.4 billion) to the Philippines to help strengthen ongoing peace and confidence-building initiatives in the Bangsamoro autonomous region and to support the recovery and rehabilitation of Marawi City, the Department of Finance (DOF) said in a statement yesterday.

On behalf of the Philippine government, Carlos Dominguez, DOF secretary, signed on August 11 the financing agreement (FA) for the Mindanao Peace and Development Programme-Peace and Development in the Bangsamoro Autonomous Region in Muslim Mindanao (MINPAD-PD BARMM) transmitted by the EU to formalize the grant for the project.

Pierre Amilhat, the director for Asia, Central Asia, Middle East/Gulf and the Pacific of the European Commission’s Directorate-General for International Cooperation and Development, had earlier signed the FA on behalf of the EU.

Under the agreement, 5 million euros of the grant shall be exclusively dedicated to the recovery and rehabilitation of areas devastated during the 2017 siege of Marawi City, while about 3 million euros will be allocated for the BARMM’s efforts to contain the spread of coronavirus disease 2019 in the autonomous region.

The PD BARMM project will be jointly implemented by the Office of the Presidential Adviser on the Peace Process and the Bangsamoro Transition Authority within five years or 60 months after the execution of the FA.

“This third grant from the EU this year underpins this major economic bloc’s unwavering commitment to the attainment of genuine and lasting peace and development in Southern Philippines along with the speedy recovery of conflict-devastated Marawi City,” Dominguez said upon signing the FA.

The FA signed by Dominguez for the PD BARMM project brings to 85 million euros the total amount of grants provided by the EU so far this year for the government’s peace and development initiatives in Mindanao.

Last month, the EU extended two grants amounting to a combined 60.5 million euros to the Philippine government for its ongoing peacebuilding and development efforts in Mindanao, with a focus on strengthening the institutions of the newly formed Bangsamoro autonomous government, creating jobs and improving community-based infrastructure in the island’s agricultural communities.