The Philippine Chamber of Commerce and Industry (PCCI) has expressed optimism about the recovery of the economy in 2021 ahead of the national elections in 2022, albeit slower versus government estimates.

But Benedicto Yujuico, PCCI president, said the elections as well as the possible escalation of West Philippine Sea dispute and the US-China trade war pose as headwinds for the economy.

In his remarks at the Tapatan sa Aristocrat yesterday, Yujuico said the economy can expand between 2 and 4 percent this year, lower than government’s expectations of 6.5 to 7.5 percent.

Yujuico attributed this to the low stimulus spending of the Philippines. 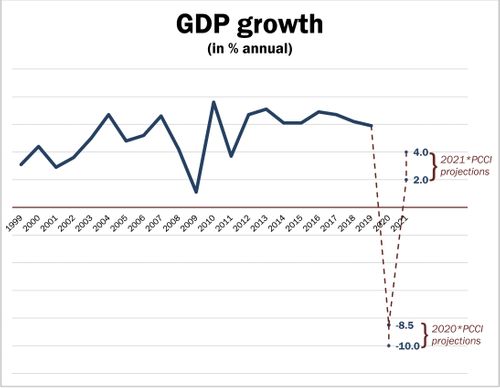 “We will recover at one of the lowest GDP (level) next year. Other countries had higher stimulus package so their recovery (is faster)… We don’t expect 6, 7 percent GDP. We see light at the end of the tunnel but we are not out of the woods yet,” he said.

Yujuico said the plight of micro, small and medium enterprises (MSMEs) sector has improved a bit from the results of the previous PCCI survey which showed 50 percent of these establishments have closed.

He estimates from that baseline, about 10 percentage points are trying to reopen.

“Things are moving in the right direction but we will have more accurate numbers next quarter when we do another survey,” Yujuico added.

According to Yujuico, the travel and airline industry will continue to struggle in 2021 as it will take years for people to regain the confidence to travel even with the vaccine.
Manufacturing is doing much better while businesses, even the small ones, which have taken advantage of innovation and digital platforms in pushing their products will thrive next year.

Yujuico said the economic performance in the fourth quarter is improving primarily due to the opening of the economy, the holiday  shopping season as well as the approval of the 2021 budget, the Corporate Recovery and Tax Incentives for Enterprises bill and the Financial Institutions Strategic Transfer bill, all stimulus programs that would further buoy optimism.

However, Yujuico said the economy will end the year with a contraction of between 8.5 and 10 percent.

Yujuico also noted the peso remains one of the strongest currencies in Asia, which is both good or bad.

“We believe the economy will continue to improve towards the first half (of 2021); including employment because MSMEs, large companies are hiring. By the second half of next year, we will see a lot of activities related to the election campaign,” Yujuico said.

But he noted the elections will also create uncertainties among Filipinos as they anticipate possible dramatic policy changes under a new administration.

“Business is concerned of the possibility of the dispute between the Philippines and China over the West Philippine Sea escalating. The US-China trade war may also affect us one way or another,” Yujuico added.

In a statement, meanwhile, the Management Association of the Philippines said the rollout of the vaccines, especially if their acquisition and distribution are accelerated, will certainly boost confidence and hasten the economic recovery of the country.