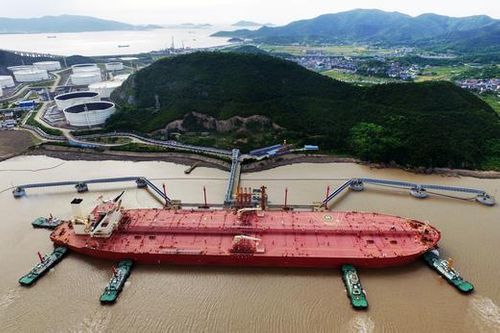 LONDON – OPEC and its partners have agreed to raise their collective production by 0.5 million barrels per day (bpd) in January, with output to be reviewed and adjusted at monthly intervals thereafter.

The increase is much smaller than the 2 million bpd scheduled last April, but marks a significant shift from the start of November, when the group seemed poised to leave output unchanged for another three months.

The shift responds to news of successful coronavirus vaccine trials, which could lead to a rapid immunisation programme and resumption of more normal business activity and international air travel.

Brent futures prices have already climbed by more than $11 per barrel (30 percent) since the start of November as traders anticipate a faster recovery in oil consumption and a sharper drawdown in global inventories.

And Brent’s six-month calendar spread has moved into backwardation of more than $0.40 per barrel, from a contango of $2.50 at the start of November, as traders expect a larger productionconsumption deficit in 2021.

Spreads for every month next year have moved into backwardation, which will prompt traders and refiners to empty tank farms of discretionary inventories, keeping only the minimum needed to maintain reliable operations.

The combination of rising spot prices and tightening spreads is the most bullish since early January, when US-China trade tensions were easing and before the risk of a devastating global pandemic was appreciated.

The combination of rapidly tightening spreads and an intensifying backwardation indicates the oil market is expected to tighten significantly next year and that benchmark prices are accelerating towards a peak.

In this context, OPEC+ members had more scope than a few weeks ago to increase production without risking an increase in inventories or a fall in prices.

Rapid price escalation will stimulate a further recovery in US oil drilling from early in the second quarter and add to US crude oil production from the end of the third quarter, given normal delays.

Disagreements between Saudi Arabia and Russia about how best to respond to rising shale production lay at the root of the volume war unleashed between the two countries in March and April.

The volume war broke out when Brent prices were between $50 and $60, and some of the same disagreements are likely to reemerge if prices continue climbing towards $55.

In the meantime, OPEC+ will likely raise its own production to pre-empt increases by US shale firms, trying to ensure prices do not rise too fast and the group captures a large share of recovering oil demand.

Monthly production reviews, while diplomatically messy and heightening uncertainty, will allow OPEC+ to match the rate of output increases with the vaccine roll out, resumption of international flying and recovery in oil consumption.

The small output increase in January, with hints of further increases in later months, will also help smooth over disagreements within the group about the fairness of output allocations.