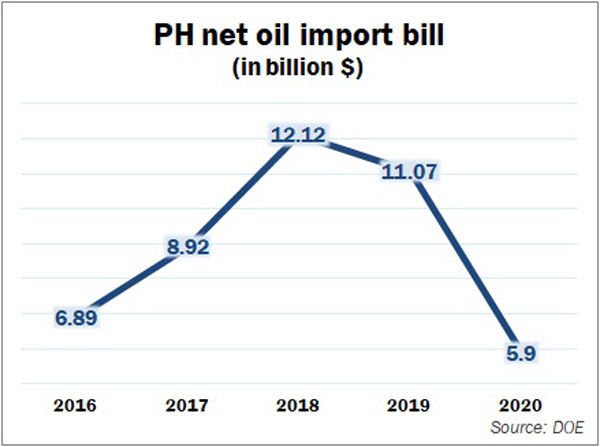 The country’s net oil import bill slumped by 46.4 percent to $5.9 billion in 2020 from the previous year’s $11.07 billion as fuel demand collapsed due to the effects of the pandemic, data from the Department of Energy showed.

Net import bill is the difference between oil imports and exports.

The country only has one refinery, Petron’s 180,000 barrels per day facility in Bataan but its operations were suspended due to low fuel demand and poor refining margins.