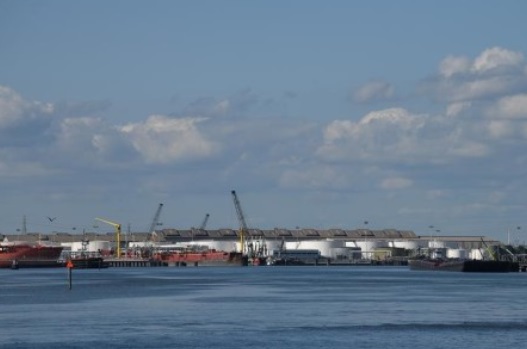 LONDON/NEW YORK- US refiners are scaling back on hiring ships for longer periods to save on costs in another sign of uncertainty over when global oil demand will return to pre-COVID levels, shipping and trade sources say.

Oil prices slipped for a fourth day on Wednesday on worries about rocky demand in Europe, even as hopes of a recovery in US refinery activity were boosted by industry data that showed US crude stockpiles unexpectedly fell last week.

US West Texas Intermediate (WTI) crude futures dipped 5 cents to $64.75 a barrel at 0229 GMT, after climbing as much as 28 cents in early trade.

The market has been drifting lower over the past few days amid concerns about stalled vaccine rollouts slowing a recovery in fuel demand.

“Concerns that demand could fall further have been rising as Europe’s health ministers suspend the rollout of AstraZeneca vaccine amid health concerns,” ANZ Research said in a note.

While demand is growing in India and the United States, it remains weak in Europe, ANZ said, noting that France’s road fuel consumption fell 10.8 percent in February from a year earlier, according to the country’s petroleum industry federation UFIP.

The global rollout of coronavirus vaccines and the expectation that government-offered stimulus packages will boost the world economy has raised expectations of a recovery in oil consumption. But fuel demand remains sluggish, keeping oil refiners under pressure and looking for ways to limit further losses.

The International Energy Agency, for example, does not expect oil demand to catch up with supply until about the third quarter.

US bookings for tankers hired on longer-term contracts, known as time charters, have dropped in recent weeks, as this usually means paying for longer hire costs, the sources said.

“It is tough taking a time charter now as it will lose money for the next few months and is hard to justify,” one shipping source said.

Time charter rates for medium-range oil products tankers have fallen from their 2020 peaks, with one-year charters around $12,000 a day from highs of around $20,000 a day in July of last year, industry estimates showed.

Earnings for three-year and five-year time charters have also dropped from last year’s highs, a trend which is weighing on profits for tanker owners.

“2021 is bound to become a bad year for oil product tankers – more so, as the option to manage bits and pieces of your risk in the time charter market is slim,” said Peter Sand, chief shipping analyst with trade association BIMCO.

Sand added that there were more time charters concluded in 2020 than in the two previous years.

This was partly because tankers were booked for storage as oil demand plummeted.

One US refining executive said it did not plan to go back to chartering long-term vessels in the future to cut costs.

“The last thing you need is to get stuck with several millions of dollars worth of unused vessels for the year. We have had several cases of that,” the US executive said.

US refiners were also hit by the cold conditions in Texas in January, which triggered a drop in refinery throughput, leaving fewer refiners seeking vessels for shipments and temporarily cut overall refined product exports.

US refined product exports have fallen in five of the last six weeks, based on EIA figures.

“Local (US) demand was met by storage drawdowns, and combined with the refinery outages, this put significant downward pressure on the export market, which was already being hit by weak demand from the COVID pandemic,” shipping group Maersk Tankers told Reuters.

In addition, the wind down in floating storage from last year’s peaks has added to a surplus of tankers available for hire.