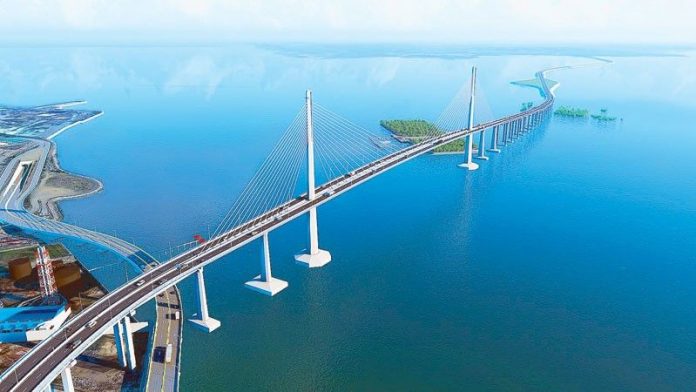 The government is once again reviewing its list of infrastructure flagship projects to make sure that the projects are ready for implementation and to include timely ones, particularly those that will address flood-related issues.

Karl Kendrick Chua, National Economic and Development Authority (NEDA) acting secretary, said in a virtual briefing yesterday of the 104 projects, 26 are under review.

“We have some principles behind the 104 projects, and the two major criteria for that is the readiness of the project, and its substantial completion or implementation within the term,” Chua said.

“So these are being reviewed. Of those projects, only 26 are in various preparation processes. So those 26 are being reviewed. If they will be able to go through the approval and final preparation process in the next few weeks then they will remain. However, if they will not be going to, or achieve those objectives, then they may be parked, but we also are considering a number of other projects, especially to address flood issues around the country,” he added.

Chua said despite the pandemic, the government is committed to pursue its infrastructure program.

In the 2021 general appropriations act, some P1.1 trillion, or around 5.4 percent of gross domestic product, is allocated to infrastructure.

“In response to COVID-19, we have also reassessed and reprioritized our infrastructure program to include more projects that are responsive to addressing the challenges brought by the pandemic,” he added.

According to Chua, the current list of infrastructure flagship projects includes those that are under the sectors of health, information and communications technology, power and energy, transport and mobility, urban development, and water resources.

“We are now recalibrating the 104 projects. Hopefully by the end of this year we will have a finalized list,” Jonathan Uy, NEDA undersecretary, also said in the same briefing.

“We are also considering digital technology as well as health infrastructure, and also the effect of the typhoons in expanding the flood control and water supply projects,” he added.

Uy said there has been a lot of recalibration not only in terms of the project but also the processes involved.

“The recalibration, in effect, also emphasizes that these projects must be doable, at least a start, or even completed by end of June 2022,” he said. (A. Celis)

Shopee helps the youth master the art of adulting