The United States Department of Agriculture (USDA) adjusted the country’s expected milled production of rice to 11.7 million metric tons (MT) next year, up by 6 percent from its earlier projection at 11 million MT.

The USDA in a report dated Sept. 18, 2020 attributed the increase to the 1.4 percent growth in palay production in the first half of 2020 reaching 8.386 million MT amid a 0.7 percent decline in area harvested for the period which ended at 2.05 million hectares (ha).

Despite the upward adjustment, next year’s likely milled production is still lower by 1.6 percent from this year’s 11.9 million MT. 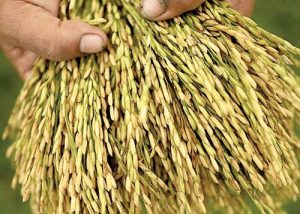 The USDA said area planted to rice and production are still expected to decline next year as farmers take advantage of crop diversification programs to grow high-value crops as well as the continuing effects of land conversion of rice farms to non-agricultural use.

But this can be offset by government programs such as provision of seeds, fertilizers and technical assistance to boost rice yields and production.

USDA also lowered its projections for the Philippines’ rice imports for next year to 2.6 million MT from an earlier forecast of 3 million MT due to the effects of increased domestic production and higher prices from Vietnam.

The country has been the world’s top importer of rice since 2019 with rice imports at 2.9 million MT to this year’s expected 2.6 million MT.

A prosperous feast to bring in good luck