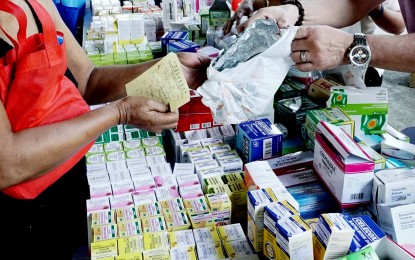 Despite the prevalence of generics and the decline in their prices, medicines remain inaccessible and unaffordable to many Filipinos, according to the Philippine Competition Commission (PCC).

In his speech at a webinar on August 7, PCC chairman Arsenio Balisacan said the agency has suggested pro-competitive options to complement the Maximum Drug Retail Price (MDRP) policy to ensure greater access to affordable and quality medicines in the country.

The program cuts the prices of 133 medicines by up to 60 percent and is poised include more in the list.

Balisacan did not specify the options to MDRP but the PCC in a policy note had cited the need to ensure “improv(ed) consumer awareness on the availability of good quality generic alternatives.”

The policy note also cited the slow drug registration process in the country which constraints the ease of entry in production of pharmaceutical products in the Philippines especially for smaller players.

The webinar tackled the Philippine Competition Act and its implementing rules and regulations for the Pharmaceutical and Healthcare Association of the Philippines which had long advocated for sustainable approaches in bringing down costs of medicines such as pooled procurement and price negotiation.

According to Balisacan, the country’s healthcare system has been afflicted by several ineffective policy designs and structures making it inefficient, inadequate, and inaccessible “ even prior to the pandemic.

“In the Philippines, it is a privilege to afford and have access to quality healthcare,” he said, adding that more than half out-of-pocket health spending of Filipinos go to medicines.

“In times like these, it becomes ever more urgent to ensure that the supplies and prices of basic goods such as medicines are within reach of the average Filipino consumer,” Balisacan said.