Formerly known as FamilyDOC, the Healthway Family Clinic is part of the broader Healthway network of over 100 family, multi-specialty, and corporate clinics, making it the largest integrated clinic network in the country.

Healthway’s partnership with the City of Manila includes the distribution of 1,500 UnliCheQ cards to the Mayor’s Office. The UnliCheQ card allows its holders to receive unlimited consultations with Healthway primary care physicians for a year.

Duty Free Philippines (DFP), an iconic brand in the country’s travel retail industry, particularly among the “balikbayans” and overseas Filipino market has developed a new logo to reflect a fresh start for a newer, better DFP.

DFP, an attached agency of the Tourism department, has been continuously finding ways to be at par with the current global business trends. Renovation works and upgrades, especially at its flagship Fiestamall store near the Manila International Airport terminals, and at Mactan in Cebu were undertaken.

The new logo will complete the company’s rebranding. Carefully remodeled without losing its trademark Filipino homey feel while retaining the popular basket weave design, the refreshed logo now emits sophistication and elegance with the black and gold colors while the diamond shape symbolizes excellence – true to DFP’s goal to be the country’s premier travel retailer.  According to DFP Chief Operating Officer Vicente Pelagio A. Angala, “The new logo design reflects what DFP is today while the core elements representing the Filipino’s traditional duty free shopping has been retained.”

The formal launch, however, has to be put on hold due to the pandemic.  “Our planned relaunch and rebranding would be inappropriate at the moment considering the travel restrictions in place and the company’s precarious business situation. However, we deemed it best to push through with the use of the new logo,” Angala said, stressing that the new symbol will reflect a fresh start for a newer and better DFP.

Tools for learning from Toy Kingdom

This Christmas, gifts that can help enhance children’s learning in the new normal are available at Toy Kingdom. 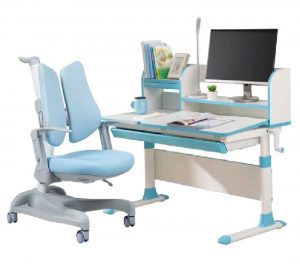 During their break from their lessons, kids will surely love to play with the newest video games using Nintendo Switch or they can also go for a quick stroll around your backyard with Ninebot’s kick scooter.

Christmas this year may not be the same as before but the right helpful tools can bring cheer and keep the Christmas spirit high. All these and more are available at www.toykingdom.ph and inside Toy Kingdom stores located in most SM Supermalls nationwide.

Cebu Pacific held on December 3 the pilot run of the test before boarding (TBB) for its flight to General Santos City. 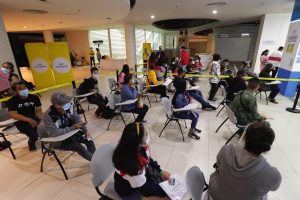 TBB is set to be made available for passengers flying from Manila to General Santos City until Dec. 14.

All those flying within this two-week trial period will be tested before boarding at no additional cost.  This meets the requirement for a negative result prior entry by the local government of General Santos, so passengers no longer need to take any other test prior to their flight.

Through the support of the Bayanihan to Recover as One Act, and the Joint Memorandum Circular 01 of the ARTA, DILG and other concerned agencies, Globe was able to secure 1,857 permits for 2020.  This has allowed Globe to build 1,050 new sites to date and complete 10,876  upgrades to 4G/LTE.  Globe expects to complete the 1,300 new cell sites by year-end.

Globe will also build 600,000 broadband lines by the end of 2020, 55 percent more vs fiscal year 2019. A more pervasive FTTH will enable the country to catch up with its neighbors in terms of speed and total quality of connectivity.

The rollout of 5G is also on track. To date, Globe has 708 sites making 5G available in 17 key cities in Metro Manila, Visayas and Mindanao. The telco expects to cover 80 percent of Metro Manila with 5G technology by the end of 2020.

The network upgrades of existing sites to 4G LTE resulted in positive customer feedback from over 1,098 cities, municipalities and 80 provinces which are now experiencing significant improvements in calls, texts and data services.

By 2021, Globe’s ambition is to provide customers with 4G/LTE services everywhere and 5G where it matters.

This comes after the initial batch of former Taliptip residents graduated from the SMC-funded training with the Technical Education Development and Skills Authority (TESDA) on Heavy Equipment Operation.

SMC president and chief operating officer Ramon Ang said that the deployment of the initial batch of Taliptip graduates to these river cleanup projects will allow them to earn income, and get additional training in preparation for the airport project.

“For the 12 that graduated the heavy equipment operations course, this will be their practical, on-the-job training. They can put the things they learned into actual practice. This will allow them to further hone their skills and prepare them for the airport construction. More significantly, this means they will now start earning from the skills they just acquired while making a difference,” Ang said.

The graduates are part of a larger group of residents that enrolled in, and graduated from various SMC-funded courses designed by TESDA to equip former residents of Taliptip with skills to gain employment or put up their own small businesses.

PERA HUB, one of the country’s leading cash and payment related transaction centers, sealed its partnership with Stellar, an open-source blockchain network that connects the world’s financial services institutions to provide reliable and secured remittances at low transaction fees.

Supported by The Stellar Development Foundation (SDF), a non-profit organization that supports the Stellar network, PERA HUB customers will soon be able to claim remittances sent from Singapore through Chynge, a Singapore-based fintech digital payments company, at any of PERA HUB’s over 3,000 locations nationwide. The service will consequently be available in PERA HUB’s digital remittance platforms. Both PERA HUB and Chynge are part of Stellar’s network allowing both to leverage the technologies being provided by Stellar.

PERA HUB and Stellar aim to empower people to transact across borders and across different currencies at a low cost and at the fastest speed available. The Stellar network strives to create equitable access to the global financial system, to unlock the world’s economic potential through blockchain technology.

NCR-based employees of the two companies are making the digital shift to buy online sacks of rice from farming communities in North and Central Luzon in the second run of PLDT and Smart’s “Buy Local, Buy Smart” campaign, held in partnership with social enterprise and e-commerce platform Cropital in celebration of National Rice Awareness Month.

With the theme “Grow Local. Buy Local. Eat Local. #SuppportOurRiceFarmers,” this year’s celebration is significant given the back-to-back typhoons that hit the country. PLDT and Smart take the campaign further to support affected farming communities with “Buy One, Give One,”allowing Metro Manila-based employees to automatically donate a sack of rice for every sack that they purchase. This initiative forms part of the MVP Group’s #TuloyPaRinAngPasko movement, a call to bring the joy of the yuletide season to storm-hit communities, including 286 Dumagat families in Rizal province.