The Alsons Power Group’s Western Mindanao Power Corp.(WMPC) recently turned over P16 million to the city government of Zamboanga to be used in the latter’s fight against the new coronavirus disease 2019.

WMPC operates a 100 megawatt diesel power plant that is a primary provider of electricity to Zamboanga City and the only major power plant within the City.

These funds were set aside by WMPC under Department of Energy (DOE) Energy Regulation 1-94 that mandates power generators to allot ₱0.0025 per kilowatt-hour of total electricity sales to help fund the host community and local government units’ health, electrification, and environmental projects.

Globe bagged coveted slots in all award categories at the 2019 ASEAN Corporate Governance Scorecard (ACGS), the only telecom company to do so among the listed firms in the six participating countries, namely Indonesia, Malaysia, Singapore, Thailand, Vietnam, and the Philippines.

The ACGS, introduced in 1011, is a joint effort of the ASEAN Capital Markets Forum (ACMF) in partnership with the Asian Development Bank (ADB) aimed at promoting integration within the region and the ASEAN as an investment asset class.

Toyota Motor Philippines (TMP) has pledged P 5,000,000 in aid for typhoon relief operations in several locations in the country affected by Typhoon Ulysses.

The donation will be turned over by TMP to the local government of Tuguegarao City in Cagayan, Ilagan City in Isabela, Marikina, and Rizal, through Toyota’s authorized dealerships in these four locations.

TMP is also extending assistance to typhoon-affected customers nationwide by providing sales and service discounts on Toyota vehicles that sustained damage as a result of the recent typhoons.

For more updates on Toyota’s programs and partnerships with communities, visit www.toyota.com.ph or check out Toyota’s official social media pages at ToyotaMotorPhilippines (Facebook and Instagram), and @ToyotaMotorPH (Twitter). 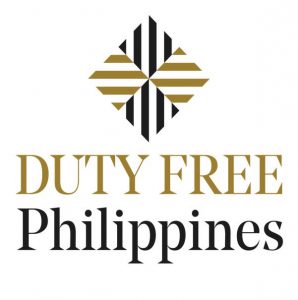 Tourism-attached Duty Free Philippines (DFP) today reveals its new logo. Initially developed as part of the planned corporate relaunch that was suspended due to the pandemic caused by COVID 19, the new logo will complete the company’s rebranding.

“We’re “softly” launching our new logo. The planned formal relaunch and rebranding would be inappropriate at the moment considering the travel restrictions in place and the company’s precarious business situation, “DFP Chief Operating Officer Vicente Pelagio A. Angala announced.

Constantly finding ways to be at par with global business trends due to the rapidly evolving consumer preferences and shift in retail models, the DFP is making the change after three decades. Renovation works were also undertaken in its stores including the flagship Fiestamall near the Manila International Airport terminals, and other international airport stores like Mactan in Cebu. Luxe Duty Free, a high end luxury shop was established and strategically located at the country and Asia’s biggest mall complex. 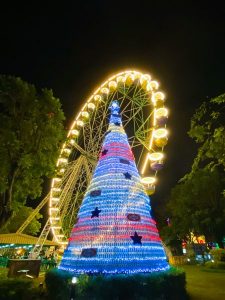 Enchanted Kingdom lights up the evening sky with the lighting of this year’s 35-foot Christmas Tree which was made from 6,000 upcycled empty alcohol PET bottles provided by partner-sponsor PHILUSA Corp., maker of personal, baby, home and health care products since 1957. PHILUSA President and General Manager Neogin A. Evangelista said this partnership between Enchanted Kingdom and PHILUSA is meaningful as both share a commitment to social responsibility at this time of the pandemic.

The centerpiece is a Tree of Faith, Hope and Love— Faith that comes from believing in the magic and meaning of the season and having complete trust in God; Hope in holding on to our dreams and aspirations for better days to come; and Love that we experience and share with our families and friends all 366 days of this very trying 2020.

EK continues its magical entertainment throughout this Christmas season with the following shows: the Journey of Love and Hope, Eldar’s Symphony of Lights and Sounds and EK’s Moonlight Parade performed by EK’s Circle of Artists,  and special performances by Victoria’s Way and Kingsmen. Dancing and singing to everyone’s hearts is their way of saying “A Magical Christmas and Thank you to All!” 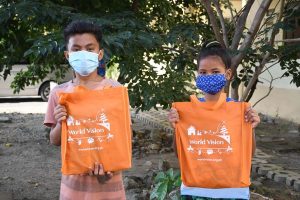 Dragonpay, a leading payment processor, has partnered with World Vision this year for its Noche Buena campaign dubbed as “Ituloy Natin Ang Pasko.”

World Vision Noche Buena is an annual campaign to give families a reason to celebrate together and create memories on Christmas eve that children will remember.

UnionBank said in a statement the agreement represents a package that is mutually beneficial to the employees and the bank, strengthening collaboration and long-term partnership that paves the way for the union to support the digital transformation of UnionBank as a way forward to survive the debilitating impact of today’s crisis.

SM Markets, SM’s food retail business, is extending opening hours in select branches from as early as 6 a.m. to as late as 11 p.m. to provide customers the option to shop at off-peak hours.

Customers can choose to have their orders either prepared for pickup at the store or delivered to their homes or their loved ones for a minimal fee. For the holidays, SM Markets is also delivering for free online orders worth a minimum of P1,500.

Hotel Casiana is now part of the Tagaytay skyline, with the hotel offering a peaceful and relaxing home for leisure and business travelers starting December 18.

The new hotel has 100  rooms of different comfortable and functional arrangements.

The hotel will strictly adhere to IATF guidelines and the local government’s strict implementation for both the hotel team and guests, such as wearing face masks and face shields, enforcing physical distancing, imposing age restrictions, monitoring of body temperature and the use of alcohol placed strategically in common areas.

Hotel Casiana’s soon-to-open leisure and business amenities and services will include a full-service restaurant, a pleasant café, and a vibrant bar for night caps; a fully-equipped gym and spa and a completely finished ready-to-use heated pool. But due to safety protocols, the pool is not ready to serve guests.

Light Rail Manila Corp.(LRMC), operator of LRT-1, has announced its partnership with the Light Rail Transit Authority (LRTA) to share the ikotMNL app technology for the benefit of LRT-2 passengers. LRTA is the public transport operator of LRT-2.

The ikotMNL mobile app, launched by LRMC in November 2019, is the first railway and tourism app in the Philippines. Available for download on iOS and Android device, it equips LRT-1 passengers.

LRMC shall develop and modify the existing ikotMNL app to integrate LRT-2 train information; provide necessary equipment for the data gathering of the app; acknowledge receipt and endorse all customer feedback or reports received on LRT-2 related concerns to LRTA.

Viber is now offering  FoodPH, its official food directory which aggregates or collects dishes and other food products from micro, small and medium enterprises (MSMEs) and puts them in a single directory.

Through FoodPH, one can search for a specific type of food—full meals, snacks, or desserts– of any type of cuisine be it Asian or European, all on the Viber app.

Since Viber is a secure platform, one is assured personal information like bank details with an MSME is protected.

FoodPH also supports local MSMEs by helping them get more reach and visibility on a larger platform.

Viber is also part of the GoWORK bundle for GoSURF prepaid plans, which users can customize and choose based on their lifestyle and budget.

Project Rebuild’ kicks off in Bicol

Aboitiz Foundation, the corporate social responsibility arm of the Aboitiz group, together with Pilmico and AP Renewables Inc. (APRI), recently turned over various construction materials to the local government of Albay in the Bicol province to help families heavily affected by Typhoons Rolly and Ulysses rebuild their homes.

The donation includes 3, 315 galvanized iron sheets, 600 kilograms of umbrella nails, and 445 pouches of elastomeric sealants for distribution to 287 severely affected families-beneficiaries in the five local government units in the second district of Albay.

Project Rebuild is part of the Arise Albay: Rehabilitation Phase (Typhoons Quinta-Rolly-Ulysses), an initiative of Albay Rep. Joey Salceda in partnership with various agencies and stakeholders to help victims of calamities get back on their feet.

The Aboitiz Foundation launched Project Rebuild through its crowdsourcing platform KINDer by Aboitiz to help raise funds for the campaign.  Organizations like SGV Foundation heeded the call and donated additional P500,000 for the Project Rebuild in Catanduanes.

From 853 entries the TAYO Awards Foundation along with various field experts filtered the projects to the top 10 accomplished youth organizations which showed how simple projects done well could help people in time of need, and inspire many more to join the cause.

The awardees will each be given a trophy and P 50,000 cash grant from co-presenters Coca Cola Foundation Philippines and San Miguel Corp.

The 10  national finalists will each receive a trophy and a P20,000 cash grant.

CIS Bayad Center Inc. has added  the Food and Drug Administration (FDA) as part of its growing biller network, fast-tracking the application and renewal of license-to-operate permits, as well as product registration for small and medium enterprises (SMEs).

With the new partnership, SME owners can now pay their application fee and accomplish their license-to-operate application and product registration in over 40,000 Bayad Center touchpoints nationwide.

The Philippine Chamber of Commerce and Industry (PCCI) paid tribute to health frontliners through the Gawad Bayaning Kalusugan.

PCCI, with the Association of Allied Health Organizations of the Nation and Health Educationalists, Advocates and Leaders of the Philippines, generated P 1.4 million in cash to be distributed to all 24 winners who will receive P50,000 each and a trophy.