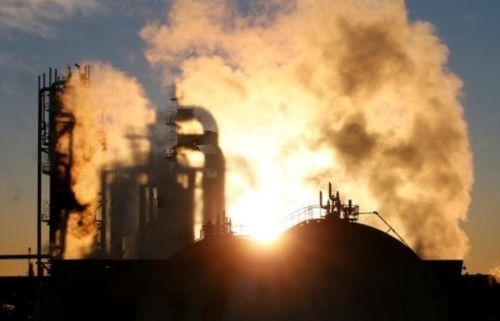 TOKYO – Japan is unlikely to meet its goal of eliminating greenhouse gases by 2050, a majority of firms in the country said in a Reuters poll, underscoring the challenges Prime Minister Yoshihide Suga faces as he strives for a greener society.

Suga has made the goal a top government priority for the world’s fifth-biggest emitter of carbon dioxide, marking a major shift in Japan’s position on climate change.

But while the government is taking steps to boost renewable energy and has pledged to set up a 2 trillion yen ($19.22 billion) fund to promote the cause, two-thirds of firms in the poll said Japan would not meet its goal of reducing carbon emissions to zero on a net basis over this period.

“It won’t be feasible as a drastic cut would require not only technological development but also capital investment,” a manager of a precision machinery maker wrote in the poll published on Wednesday.

While nearly a third of respondents said the ambition to eliminate greenhouse gas emissions would be negative for their businesses in the near-term, over 40 percent expected a positive impact longer term.

“We must make efforts to meet the target, or corporate Japan’s competitive edge would go into a decline,” an industrial rubbermaker manager wrote.

Suga’s ambition brings Japan’s target into line with the European Union while Chinese President Xi Jinping has pledged to make his country “carbon neutral” by 2060.

Japan’s energy sector cut carbon dioxide emissions by 4.3 percent in 2019 from the previous year as some nuclear reactors resumed operations years after the Fukushima disaster in 2011. While nuclear power generates less emissions than conventional energy such as fossil fuel, it has historically been prone to dangerous accidents.

About 500 large and mediumsized Japanese firms were surveyed between Nov. 20 and Dec. 3 for the poll conducted by Nikkei Research for Reuters. About half of them replied to the survey.