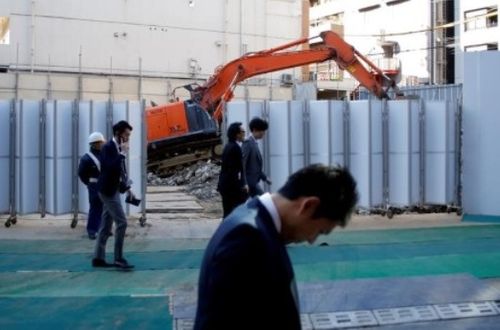 TOKYO- Japan’s core machinery orders rebounded sharply in October from the previous month’s drop, the government said on Wednesday, a welcome development for an economy emerging from a deep coronavirus slump.

The jump in core orders suggests a modest revival in corporate spending, seen by policymakers as necessary to accelerate the recovery in the world’s third-largest economy.

The increase, the largest monthon-month rise since comparable data became available in 2005, was much better than a 2.8 percent expansion forecast by economists in a Reuters poll.

“The global economy is in quite a weak state aside from China, so it’s hard to imagine sharp increases in spending aimed at supporting exports,” said Ayako Sera, market strategist at Sumitomo Mitsui Trust Bank.

“Domestic production remains in a relatively healthy trend because of a decrease in inventories in April and May.”

By sector, orders from manufacturers rose 11.4 percent, boosted by non-ferrous metals, including a large order of seven billion yen ($67.22 million), while those from non-manufacturers advanced 13.4 percent, led by finance and insurance, the Cabinet Office data showed on Wednesday.

The government raised its assessment on machinery orders, saying they had stopped falling.