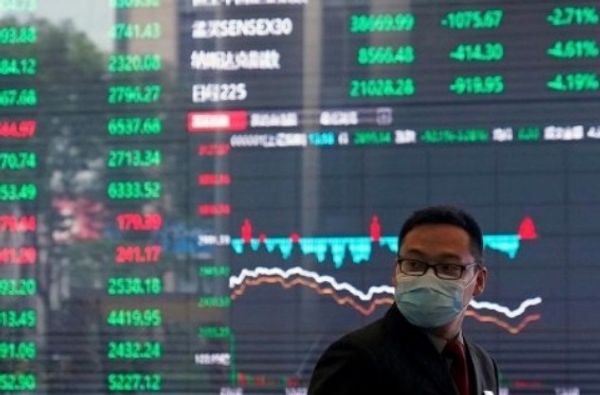 In Asia, the MSCI’s broadest index of Asia-Pacific shares outside Japan was marginally higher by 0.08 percent in early in the session Tuesday.

Mainland China’s CSI300 index is 0.18 percent higher in early trade while Japan’s Nikkei is off 0.1 percent.

Nomura and Credit Suisse are facing billions of dollars in losses and regulatory scrutiny after a US investment firm, named by sources as Archegos Capital, defaulted on equity derivative bets, putting investors on edge about who else might be exposed.

Nomura shares were down a further 2.49 percent Tuesday after dropping by as much as 16 percent on Monday when it revealed it could take a $2 billion loss from the hedge fund fallout.

Michael McCarthy, chief markets strategist at CMC Markets said the worries “are very specific to a small number of hedge funds.” He said he did not expect any systemic fallout.

Still, the dollar gained on safe-haven buying, while bond prices came under pressure as the outlook for economic growth raised the specter of inflation, he added.

“Investors will also be watching the number of COVID cases as rises in Western Europe and the Philippines sees the return of renewed restrictions while vaccination attempts threaten to stall amidst supply constraints and vaccine nationalism,” Tian said.

“While restrictions are increased in Europe, the UK will be relaxing stay at home rules,” she added.

During the Asian session, benchmark 10-year yields hit 1.7321 percent, up 1.4 basis points, after earlier trading marginally higher in the US after the state of New York on Monday announced people aged 30 and older could get coronavirus vaccinations starting March 30.