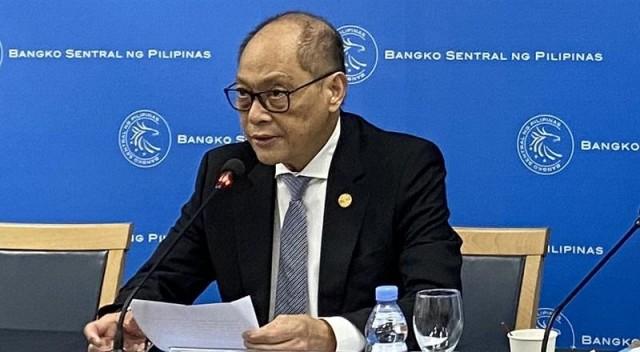 As consumer demand remains constrained by the various lockdown measures, inflation further slowed down in September to 2.3 percent from 2.4 percent the previous month.

The year-to-date inflation for September 2020 has averaged to 2.5 percent, closer to the low end of the government’s full-year target range of between 2 and 4 percent.

The Philippine Statistics Authority (PSA) said the downtrend was “mainly caused by the slowdown in the inflation for the heavily-weighted food and non-alcoholic beverages.”

Slower inflation was also recorded for alcoholic beverages and tobacco; clothing and footwear; and furnishing, household equipment and routine maintenance of the house. The annual rate in the index of recreation and culture also dropped further.

Annual increases, meanwhile, were higher during the month in the indices of housing, water, electricity, gas and other fuels; transport; communication; and education. 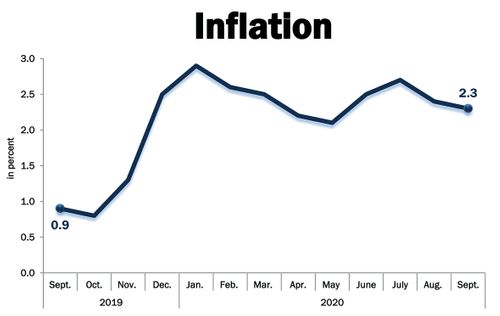 Core inflation, which excludes selected food and energy items, inched up to 3.2 percent in September from 3.1 percent in the previous month.

He, however, noted that the balance of risks is tilted toward the downside “due largely to the impact on domestic and global economic activity of possible deeper economic disruptions caused by the coronavirus pandemic.”

“Nonetheless, the significant monetary easing and liquidity enhancing measures done by the BSP and the timely implementation of fiscal measures in the Bayanihan 2 Act are seen to provide sufficient support to economic recovery in the coming months,” Diokno said.

He noted that signs of gradual improvements in manufacturing and external demand as lockdown protocols are further relaxed here and abroad “are also expected to boost sentiments going forward.”

Nicholas Mapa, ING Bank senior economist, said they “do not expect BSP to react with a policy adjustment in the near.”

The policymaking Monetary Board on Thursday kept anew the interest rate on the BSP’s overnight reverse repurchase facility at 2.25 percent. The interest rates on the overnight deposit and lending facilities were likewise kept at 1.75 percent and 2.75 percent, respectively.

“We do not expect BSP to resort to additional rate cuts for the balance of the year as Diokno waits to gauge the impact of his recent flurry of rate cuts carried out earlier in the year,” Mapa said.

“With the economy in recession, consumer demand remains anemic as unemployment stays elevated at around 10 percent as of the first half of the year. Inflation will likely settle at 2.4 percent in 2020 and will help preserve purchasing power for Filipino consumers given the economic recession,” Mapa said.

Mapa, however, warned that the downtrend for inflation “points to fading economic momentum as consumer demand remains constrained despite recent moves by the government to gradually reopen the economy.”

PSA, meanwhile, also said inflation in the National Capital Region (NCR) remained at 2.2 percent for the past three consecutive months.

NCR has been placed under stricter lockdown measures to combat the pandemic for almost seven months now.

Inflation in areas outside NCR followed the national trend as it slowed down further to 2.4 percent in September 2020.

Davao Region still registered the lowest inflation at 0.8 percent, while the highest inflation remained in Bicol Region at 4.5 percent.