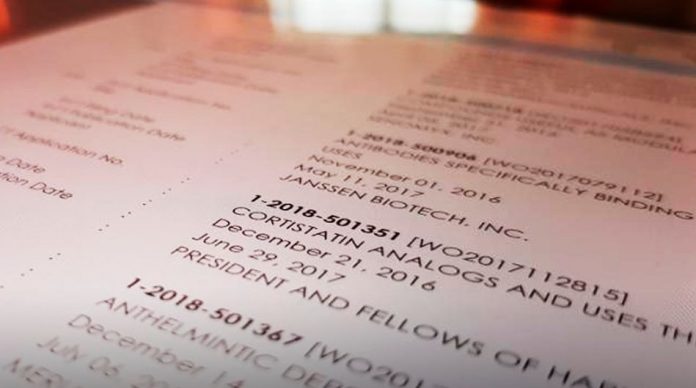 The Intellectual Property Office of the Philippines (IPOPHL) pushes for major reforms that would curb if not eradicate counterfeiting activities that have been noted in the digital space.

In a statement, IPOPHL director-general Rowel Barba said the agency’s IP Rights Enforcement Office (IEO)) has noted a surge in complaints this year following the accelerated shift to electronic commerce and online purchases of Filipinos due to the lockdowns.

The IEO received a total of 135 intellectual property (IP) violation reports from consumers and complaints from IP rights holders in the first nine months of the year, surpassing the 129 received in the previous five years up to 2019.

Barba said this only reinforces the need to revise the enforcement functions of the IEO to include online counterfeiting and piracy in its coverage and be able to coordinate strongly with the National Telecommunications Commission to take down IP-rights offending posts and monitor marketplaces and elevate issuesto IP rights owners.

Barba said the IPOPHL also supports the crafting of an agreement between e- commerce platforms and select rights holders for a protocol on the takedown of posts when illicit content or products are sold or posted for sale in their platforms.

Barba said with the agreement, a notice and takedown system and procedure will be developed by online platforms. This will swiftly address reports on counterfeit goods and pirated materials being sold online.

Another key reform backed by IPOPHL is the solidary liability pushed in the Internet Transactions Bill which would put platforms and service providers entirely accountable for the infringing acts of their client-sellers.

Ernesto Pascua, deputy director-general at IPOPHL said solidary liability will all the more compel platforms to be more consumer and IP rights-friendly especially with the exodus to e-commerce and the overwhelming data on deceptive practices sprawling in these platforms.

The IEO has so far disposed of 108 or 80 percent of the total and the remaining 27 are in different stages of validation.

Fifty-one or about 38 percent did not involve counterfeiting and piracy but were IP infringement matters such as two entities having similar marks or unauthorized use of copyright works. This was followed by counterfeit complaints and reports at about 43 or 32 percent and piracy at about 41 or 30 percent.

For counterfeiting and piracy, most or 79 violators were operating online, with Facebook as the top platform where alleged IP violations were channeled.

Fifty-three or 67 percent were on Facebook; 7 or 9 percent on the Less Popular Websites Category; seven or 9 percent on Shopee; six or 8 percent on Lazada; and three or 4 percent on YouTube. Meanwhile, Caroussell, Instagram and Vidyard each recorded one or 1 percent separately.