The Joint Foreign Chambers (JFC) yesterday bared a more accelerated target of $50 billion in foreign direct investments (FDIs) and three million jobs in the Philippines over the next decade.

This as the group announced the Philippines achieved the $10-billion FDI goal and 1 million new jobs the past 10 years or since 2010 when JFC launched its Arangkada Philippines initiative of accelerating investments in the country. Peter Hayden, president of the American Chamber of Commerce of the Philippines (Amcham) said the new targets are substantially above the actual FDIs achieved annually the past five years, totalling $8.3 billion from 2015 to 2019.

The announcement of the new targets comes at a time of the anticipated passage into law of the Corporate Recovery and Tax Incentives for Enterprises (CREATE) which hurdled the Senate last week.

But JFC believes reforms should continue in what Hayden described as “baseline set of fundamentals” like infrastructure.

Hayden highlighted the importance of the grant of incentives in bringing additional FDIs to potentially offset the high power costs which is a big strategic risk.

“There’s a few things that we believe need to continue to move forward and hopefully continue to accelerate. We need additional focus on the technology infrastructure. It’s not just power, but we need to see increased investment in access to internet and broadband technologies. We also believe we need to continue to see investment in baseline infrastructure….(like) public transportation, because we all know in the future, at some point, we will return to offices in some form or fashion,” Hayden added.

He said while the Philippines still has a long way to go and faces multiple speed bumps in the road ahead, Amcham and JFC “see quite a bit of optimism and quite a bit of good momentum moving in the right direction.”

Hayden sees the business process outsourcing as a driver of FDIs as shown in its resilience during the pandemic as well as its ability to cater to the US market “which will not change soon.” 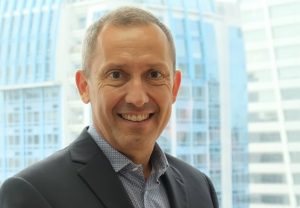 Nabil Francis, president of the European Chamber Commerce of the Philippines, noted the role of manufacturing in attracting FDIs but said “there is ample room to develop.”

Francis said the competition is fierce in the region especially from countries like Vietnam which is bouncing back much better than the Philippines from the pandemic.

Nudging that the CREATE was not the main consideration in setting the targets, JFC admitted the timing of its finalization was key.

Hayden said CREATE, assuming it is passed into law, removed the uncertainty over the past three years the bill has been evolving and has in a way gave predictability.

John Forbes, Amcham executive director, said JFC welcomes the bill in its final form particularly the reduction of the corporate income tax rate to 20 percent and the better transition period.

Forbes, however, noted JFC is wary over the inability of investment promotion agencies to approve projects valued at P1 billion and above. 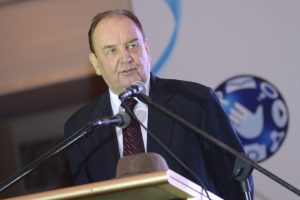 Julian Payne, president of the Canadian Chamber of Commerce of the Philippines, said the potential of the Philippines is enormous “with the right policies” such as infrastructure and the labor code and not just CREATE.

Payne also cited mining as a magnet of FDIs due to the Philippines’ vast resources as well as tourism for all the country’s natural wonders.

New rules allowing small drones to fly over people in US...