The country’s imports of crude oil in the first half of the year dropped by 27.6 percent as demand for petroleum products slumped by 22.8 percent amid the new coronavirus disease 2019 pandemic .

Data from the Department of Energy (DOE) showed crude imports reached 3.4 billion liters from 4.7 5 billion liters in the same period in 2019 due to reduced economic activity brought about by the lockdown and travel restrictions.

Sixty percent of crude came from the Middle East of which 41.9 percent came from Saudi Arabia at 1.44 billion liters, making it the country’s top supplier of crude oil.

Total crude oil and finished product inventory for the period was slightly lower by 0.88 percent at 2.73 billion liters equivalent to 61.2 days compared to 2019’s 2.75 billion liters. 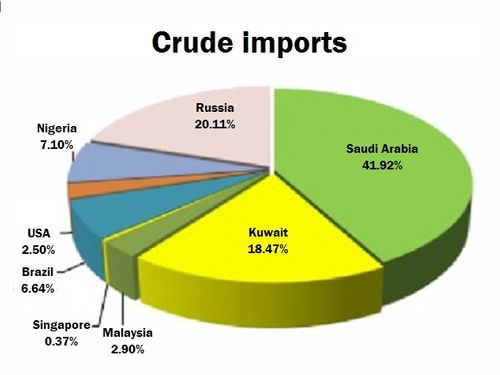 Among all specified type of fuel products, jet aviation fuel suffered the biggest drop at 54.1 percent to 462 million liters from 1 billion liters.

Petron still leads the local market with a share of 24.88 percent followed by Shell, 18.25 percent and Phoenix Petroleum, 6.86 percent.