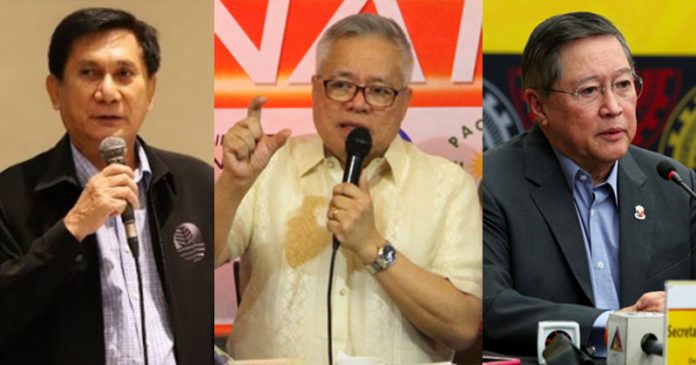 The government has created a committee tasked to identify private sector projects that will qualify for the grant of regulatory relief under certain conditions, as provided for in the Bayanihan To Recover As One Act (Bayanihan 2), the Department of Finance (DOF) said in a statement yesterday.

The DOF-led committee, with the secretaries of the departments of Environment and Natural Resources and Trade and Industry as members, was created in compliance with Implementing Rules and Regulations (IRR) of Section 4 of Republic Act (RA) No. 11494 or the Bayanihan 2 Law.

The committee has also been tasked to identify the specific permits, licenses, certificates, clearances, consents, authorizations or resolutions that shall be waived in accordance with the IRR of this Bayanihan 2 provision, the DOF said.

“The committee will work towards achieving the goal of the Bayanihan 2 to spur investments by speeding up the approval and implementation of private investments, stimulate economic activity and create jobs, so that our economy can recover from the effects of the coronavirus disease 2019 (COVID-19) pandemic,” Dominguez said.

He added, though, that while the panel has the power to grant regulatory relief and promote investments, “it will not be granting blanket relief as the committee will still carefully consider the over-all contribution of the projects and their impact on the general health and welfare of the public.”

Lopez said the regulatory relief measures provided under the Bayanihan 2 will “fast-track high impact investments and help our country to build back better and lead to our post-pandemic recovery.”

“It will also allow private projects to provide more employment opportunities for our fellow Filipinos that is critical at this time of the pandemic,” Lopez said.

“While permits, licenses, and other similar authorizations will be waived for private projects that meet the directives of the act, we will ensure that their proponents comply with all the other laws pertinent to the implementation of these projects,” Cimatu, for his part, said.

Under Bayanihan 2, private projects determined to be “nationally significant, with high economic returns or with high employment potential” may have certain permits, licenses or other requirements waived to avoid delays in their implementation and immediately stimulate economic activity and create jobs during the state of national emergency declared by the President as a result of the COVID-19 pandemic.

These regulatory relief measures exclude those relating to taxes, duties, border control and environmental laws and regulations, as stated in Bayanihan 2 and in Section 6 of the IRR.

Section 4 of Bayanihan 2 states that the authority of the committee “shall be valid during the state of national emergency as declared by the President and the economic rehabilitation period or until the last day of June 2022, whichever is later.”

Under its IRR, the DOF shall serve as the committee secretariat, where the private sector proponent of the project is required to submit the application for regulatory relief.

In identifying which covered projects shall be granted regulatory relief and the specific requirement that shall be waived, the DOF said the committee is mandated under the IRR to evaluate them on a per-requirement basis; and determine the economic and social impact of the project (economic returns, job generation potential, effect on the delivery of critical services) on both the national and local economies.

The committee shall also consider the impact of the lack of the requirement to be waived on the operations and quality of the output of the covered project, and the health and safety of the personnel working on the project, among other factors as stated under Section 5d of the IRR.

Taking into account the new normal, the IRR states that covered projects under the following sectors may also be considered by the committee as projects of national significance: housing and resettlement in support of the Balik Probinsya, Bagong Pag-asa Program; water supply and sanitation to accelerate achievement of full coverage; watershed rehabilitation and protection; power generation, transmission and electrification to support the digital economy; and provision of other critical services that contribute to providing security and promoting peace.

Moreover, in determining the national significance of a project, the committee shall consider “the significant sectors that would accelerate the recovery and bolster the resilience of the Philippine economy” and may also take into account “the project’s direct and indirect contribution to economic growth and development, implementation readiness, and such other facets that would stimulate the local economy.”

“As such, the total project cost of the covered project is not necessarily the sole basis in determining national significance,” the IRR states.

Section 10 of the IRR prohibits any court, except the Supreme Court, from issuing any temporary restraining order, preliminary injunction or preliminary mandatory injunction against the committee and the operation of the covered project granted regulatory relief.

The IRR also states that “(t)he committee shall not be held liable if there will be a subsequent finding by the appropriate agency that the application should be disapproved.”

Under the IRR, any approval of regulatory relief by the committee may be revoked at any time in case the project “is determined to have violated any condition given in the grant of such relief.”

The IRR took effect following its publication in a newspaper of general circulation yesterday, January 7.