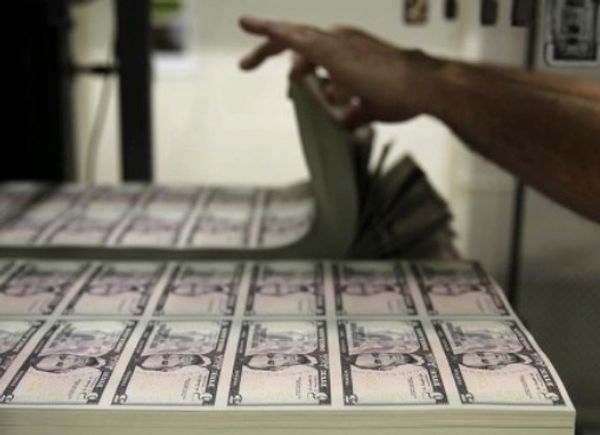 SINGAPORE- The dollar began the week firmly and within a whisker of milestone peaks against the euro and yen on Monday, as US economic strength and a vaccine rollout proceeding much more quickly than in Europe drew investors into the greenback.

The common currency is heading for its worst month since mid-2019 as Europe’s faltering vaccination program runs into a wave of new infections, a bearish signal as positioning data shows investors remain heavily long euros.

The yen is sensitive to gaps in returns on US and Japanese government debt.

This year’s 76-basis-point rise in 10-year Treasury yields – as the US economy rebounds – has opened the gap to its widest since last February. That has drawn Japanese investment, which has in turn helped push the yen down nearly 6 percent for the quarter.

The US dollar index rose 0.8 percent to 92.773 and the dollar steadied against the risk-sensitive Aussie, kiwi and sterling, having fallen late on Friday with the positive mood.

“The US is also being helped on its own by some pretty good economic data, fantastic rollout of vaccines, good pace of vaccination and (positive) stock markets,” said Westpac currency analyst Imre Speizer.

“The domestic economy is doing better than expected and likely to be the case for the next few months, so that might hold the US dollar up and that’s what’s caused the Aussie, kiwi and emerging-market currencies to pullback in March.”

US jobless claims fell to a one-year low last week and President Joe Biden said he would double his vaccination goal, after surpassing 100 million shots 42 days ahead of schedule.

In contrast, European inoculations have plagued by supply problems and safety concerns.

Last week, the head of Germany’s Robert Koch Institute for infectious diseases also warned a third wave of the virus could be the worst so far, and on Sunday Chancellor Angela Merkel raised the possibility of curfews to bring it under control.