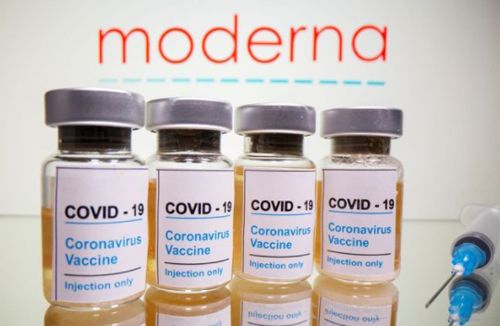 NEW YORK- Investors are weighing the chances the Federal Reserve will increase its purchases of US government debt in coming weeks to counteract the economic fallout of a COVID-19 resurgence, an intervention that could reverse a recent rise in Treasury yields to multi-month highs.

News that two coronavirus vaccines proved highly effective in late-stage trials in recent days have stoked investors’ appetite for risk, sending yields, which move inversely to bond prices, to their highest levels since March and US stock markets to record highs.

Still, some investors believe that rising coronavirus cases may threaten the fragile US economic recovery at a time when fiscal stimulus is likely to be delayed and widespread access to a vaccine remains months away. The United States recorded more than 1 million new COVID-19 cases last week.

That combination of negative factors could push the central bank to increase its support, some investors argue, even though asset purchases already stand at record levels and the Fed has not indicated it intends to raise them at its next two-day policy meeting, Dec. 15- 16. Fed Chairman Jerome Powell is slated to speak Tuesday afternoon, and investors will be listening carefully for any insight into the Fed’s thinking.

Steve Englander, head of global G10 FX research and North America macro strategy at Standard Chartered, believes the Fed may surprise markets by increasing its asset purchases to $120 billion a month before the December meeting if it appears that rising COVID-19 cases are weighing on the economy.

The Fed has bought at least $80 billion a month since the start of the pandemic.

The Fed “may feel like it needs to act, even if they expect the vaccine to come,” Englander said. “It looks like there will be a two- or three-month period before the vaccine is widely available that looks like it will be really, really painful.”

An increase in bond purchases would likely drag the benchmark 10-year Treasury yield to the bottom of its 0.5 percent to 1 percent range, he said.

The Fed may also be forced to adjust its Treasury purchases if the positive vaccine news pushes the 10-year yield above 1 percent, said Priya Misra, global head of rates strategy at TD Securities. Misra expects the Fed to continue to buy the same amount of Treasury debt, but believes it will increase the portion of longer-dated bonds it buys.

Rising yields are a potential problem for the Fed because they raise the cost of borrowing for companies and individuals, something that could threaten economic growth.

“I think if you break 1 percent on (10-year yields) in quick fashion, you could see the Fed do it before the December meeting,” Misra said.

The 10-year-yield was at 0.911 percent on Monday, after Moderna Inc earlier in the day announced promising results from its vaccine trials. The benchmark yield hit a high of 0.975 percent last week after Pfizer Inc announced similar results for its vaccine.

Analysts at JPMorgan on Monday said in a note that they expect the Fed to increase the average maturity of its Treasury holdings at its December meeting, which could push yields lower.

Fed Vice Chair Richard Clarida in a speech Monday gave no direct indication that the central bank was on course to boost its purchases.

Some investors are taking the Fed at their word.

“The markets are functioning well and unless we see the need for additional lockdowns or closures, I think that they won’t make any big moves before the end of the year,” said Kevin Giddis, head of fixed income at Raymond James. But even if the near-term picture appears benign, some investors believe the Fed will step up its asset purchases as a precaution.

“My view is the Fed will increase (bond purchases) to $160 billion a month in December even if we have good news on the vaccine front and irrespective of what the news is regarding economic recovery,” said Thomas Costerg, senior economist at Pictet Wealth Management in Geneva. “They have learned their lessons from the past experience.”